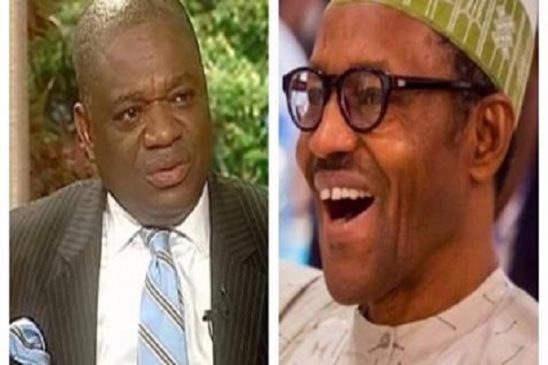 Former governor of Abia state, Orji Uzor Kalu has insisted that the northerners must complete their two-terms presidency.
Kalu who said he was entitled to his own opinion told the southeast and other zones in the country to wait till 2023, as he insisted that the north must be allowed to complete its eight-year (two terms) presidency, New Telegraph reports.
The former governor made his comments during a chat with newsmen after a closed-door meeting with former head of state, Ibrahim Badamasi Babangida (IBB), in Minna, Niger state, on Tuesday, October 10.
Kalu further said that a northerner should be allowed to emerge as Muhammadu Buhari’s successor if the president chooses not to re-contest in 2019.

He stated: “If Buhari would not want to contest the 2019 presidency, like I will always say and maintain, my position is that the North should be allowed to complete its second term, making it eight years.

“If Buhari is not contesting, even though he is entitled to a second term, the North should still present another candidate.
“This is the turn of the North. Even though I am a Nigerian and I am also entitled to the presidency, fairness is paramount.
“Other zones should wait and be ready for 2023. “But for now, I still maintain my position and I am not afraid of anybody.
This is the turn of the North. Anybody can take me for what I say.
“Whoever that is castigating me over my position on this matter is wasting his time. I live by the truth and I will be ready to speak the truth always.
“Opinion is an entitlement, and that is my opinion given to me by God.”
Meanwhile, Donald Duke, the former Cross River state governor said that he is not a supporter of zoning of the 2019 presidency to the north.
Duke, speaking as a guest on an interview programme said: “I have never subjected myself to zoning; when I ran for governor, I was not afforded zoning.
Everybody and everyone was able to run in Cross River.”
Follow Us on Twitter!