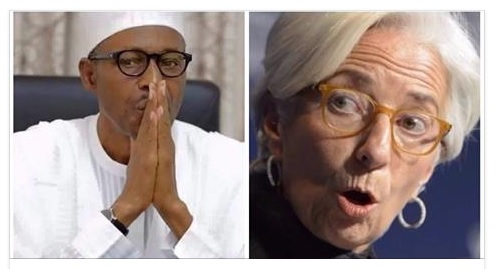 The International Monetary Fund has warned Nigeria and other oil-exporting countries over rising foreign debts, saying there is a need to make external borrowings sustainable.
The Fund, however, commended Nigeria for the recent reforms aimed at reducing infrastructure gap in the country, adding that it was in support of the measures.
The Assistant Director, Fiscal Affairs Department, IMF, Mrs. Catherine Pattillo, gave the warning and commendation on the sidelines of the release of the Fiscal Monitor Report by the Fund in Washington DC, United States, on Wednesday.
Pattillo said, “The concern in a number of oil exporters is that unless there is action now, that debt, which has been rising in many countries, is a concern particularly because of the interest payments.
“So, if you have continuing rise in debt, the interest payments will rise, and then, it will consume a large part of any revenue that you collect and you won’t be able to use that revenue for the objectives of the economic growth and recovery programme, and increasing growth and employment.
“So, for ensuring that you have the ability to use those revenues for enhancing expenditure, there is a need to make sure that debt is sustained and interest to revenue is kept at a reasonable level.”

According to the IMF chief, the Fund is supportive of recent economic reforms in Nigeria, especially the manner in which foreign borrowings are being channelled to infrastructure growth.
She, however, emphasised the need to increase non-oil revenue collection in the country.
Specifically, she stated that Nigeria needed to enhance its non-oil revenue collection such that its external borrowings, which have been largely channelled to infrastructure growth, would not create future debt crisis.
Patillo said, “There is a lot of positive reforms in Nigeria and those are welcomed, including to reduce the infrastructure gap, particularly in the power sector.
“But really, more needs to be done is our massage. There is a need for urgent actions for front-loaded fiscal consolidation through mobilising more non-oil revenue. Right now, non-oil revenue collection in the first part of the year was only half of what was budgeted and there is an expectation that the trend might continue for the second part of the year. And if so, that will continue to widen the deficit and make interest payments to revenue to stay very high in around 60 per cent, which is quite striking.
“So, the message is front-loaded fiscal consolidation, emphasise non-oil revenue mobilisation and there are certain measures both on the tax and spending that the IMF team have been emphasising on.”
The Minister of Finance, Mrs. Kemi Adeosun, had said the thought of saddling future generations with unserviceable debts was not part of the President Muhammadu Buhari administration’s agenda.
Adeosun stated this in an article entitled, ‘The debt debate: Deconstructing the debt story’, in which she explained the debt history, the short-term strategy and the medium to long-term outlook for the economy.
She said to deliver a fundamental structural change to the economy that would reduce the country’s exposure to crude oil, an expansionary fiscal policy was adopted with an enlarged budget, which would be funded in the short-term by borrowing.