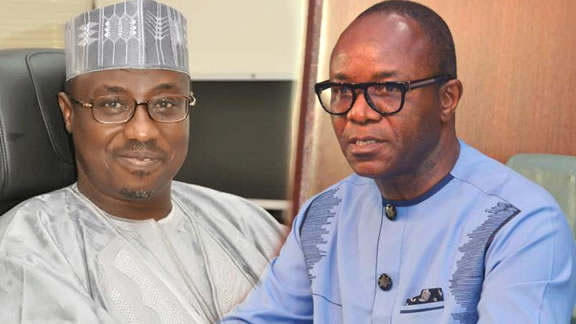 A militant group in the Niger Delta region known as the Adaka Boro Avengers (ABA), has called on the group managing director of NNPC, Maikanti Baru, to apologize to the Minister of State for Petroleum Resources, Ibe Kachikwu for disrespecting him and his office.
The group in a statement released today by their spokesman, General Edmos Ayayeibo, said that if Baru fails to apologize to Kachikwu, they would resume the vandalization of pipelines located at Bonny, Nembe and Forcados trunk lines.
The group demanded that Baru should tender an open apology to Kachikwu and also drop his appointees on the NNPC board within two weeks. According to the group, the oil sector does not belong to the Fulanis.

“Nigeria’s oil sector doesn’t belong to the Fulani alone. It belongs to every citizen in this country. The Nigeria unity has broken and the center can not hold again” he said
The group also called on President Buhari to immediately restructure the country and find ways of delivering on all his electoral promises.
“It as come to our notice that president Muhammadu Buhari, and his All Progressives Congress-led administration doesn’t care about the unity of Nigeria. We expected the number one citizen of this country to address the issues affecting every region of Nigeria on independence day, rather, he aggravated  the relative peace in the  various regions, especially in the Niger Delta. President Muhammadu  Buhari speaks to the country as if we are in a military dictatorship. We voted for him not to blame PDP, but to do what he was promising the people of Nigeria during his campaign, tagged Change. All president Muhammadu Buhari’s subordinates and all his appointees are ruling the country as if  we are in a military era” he said