BIAFRA agitation illegitimate, why didn't they agitate during Jonathan and why now under Buhari? Jigawa Gov Badaru blasts agitators 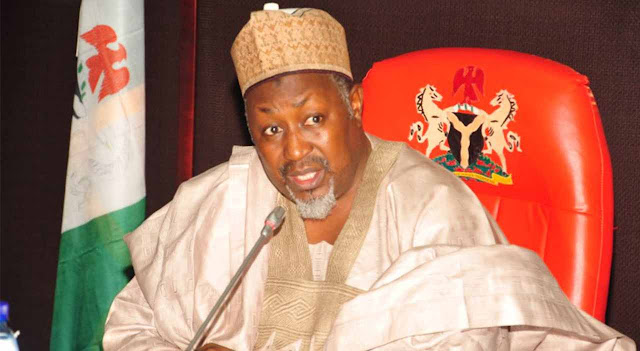 THE Governor of Jigawa State, Alhaji Abubakar Mohammed Badaru has berated those agitating for Nigeria's break-up and independence from Nigeria why they did not do so during the previous administration under former President Jonathan.
He stated this while fielding questions in an interview with the Daily Trust newspapers during the occasion of Nigeria's 57th Independence anniversary.
Asked his take on the emergence of different separatist groups which are clamoring for independence, he said anything done outside the ambit of law is illegitimate and also questioned the rationale behind the agitation under Buhari when they did not do so under the previous regime under Goodluck Jonathan.

His words: ''Anything done outside the ambit of or in contravention of the law is illegitimate, so the question I believe is whether there is any justification in these agitations. My counter question is, why now? Where were the agitators before the advent of this administration? Was the previous government so repressive and brutal that they couldn’t voice out their aspirations?
''Some of them were active players in the politics of yore, some contested elections and lost. I have seen some that were advocates of tenure elongation at some point in time.  My take is that it’s all a case of sour grapes and bad sportsmanship. Instead of heating up the polity, let them get their acts together and participate in the political dispensation, then they can articulate their positions within the ambit of the law and the constitution.'', he added.
Follow Us on Twitter!