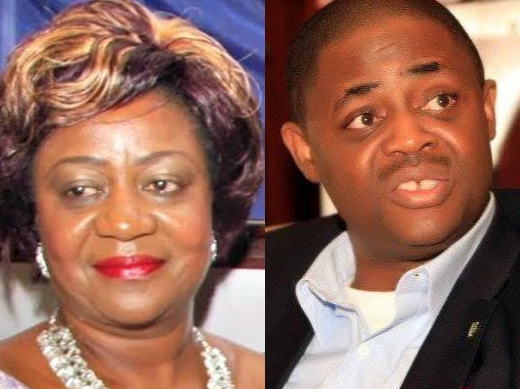 Presidential aide on Social Media, Lauretta Onochie has lashed out on a former Aviation Minister, Femi Fani-Kayode for describing President Buhari as a “closet radical Islamist and Christian-hating mass murderer and salafist.”
Fani-Kayode, as usual, shared a tweet yesterday where he said President Buhari was a “Christian-hating mass murderer.”
Reacting through a post on her Facebook, she advised the former minister to get a life since the IPOB he was allegedly using as a tool to fight the government was no more.

Sharing Fani-Kayode’s post, she wrote, “There’s life after IPOB. get a life, Femi Fani-Kayode!
“Igbo traditional leaders, South East Governors, Igbo opinion leaders and even His Royal Cluelessness, EX Pres. Goodluck Jonathan, have all denounced your boy, Nnamdi Kanu and his idea of Biafra.
“It’s over. Go to rehab, clean up and get a life. Thank you.”
“You are a Christian. Your are also a criminal.”