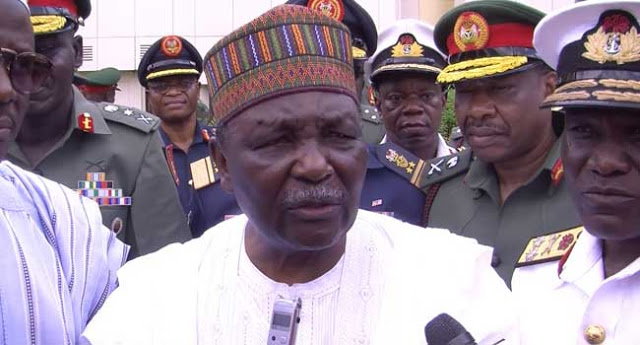 Ojukwu lies and intransigence caused the civil war after the Aburi Accord in Ghana, former Military Head of State, General Yakubu Gowon (rtd) has disclosed.
He made the disclosure yesterday while speaking on AIT programme 'People, Politics and Power. Secession, according to the former Nigerian leader, was never agreed upon.
According to him, “We agreed to put our heads together, to regain the trust and confidence of Nigerians. We went to Aburi, to agree to deal with the situation of our country, by ourselves.

“We did not go with any prepared position on the federal side, but, Ojukwu came with a paper he prepared. His prepared position was on a pink paper. Usually, pink paper at the Staff College is directing staff solution to the problem.”
“But, by the time I returned, I was ill; I had a fever. I could not make any statement. But, Ojukwu went to the radio, to make a statement and said the things we never agreed on.

“David Ejoor was the one who called me one early morning to ask if I had heard what Ojukwu said, and I said no. He then reeled out all that Ojukwu had said and I asked David, in all honesty, if that was what we agreed. He said no.
“To keep the country together was not a task that I could do alone. I needed the cooperation and understanding of every Nigerian. And, in order to ensure we kept the country together, I reckoned that we needed to have discussions among ourselves. We had a civil servant who was exceptionally experienced and good.
“We went there (Aburi) to restore the trust of our country. If we were working together, anyone with a conscience will assuage the feelings (of the South-easterners). But, Ojukwu thought otherwise. He had in mind all along, based on what happened to his people in the North, that secession was the only way out. But, we were thinking of the whole country, because all parts of the country were involved. The military was not involved in the killings of South-easterners in the North.”
Follow Us on Twitter!