Home » news » BIAFRA: Where and how Nnamdi Kanu got it wrong and misfired - Col Victor Nyiam, one of the leaders of April 22nd coup against IBB

BIAFRA: Where and how Nnamdi Kanu got it wrong and misfired - Col Victor Nyiam, one of the leaders of April 22nd coup against IBB 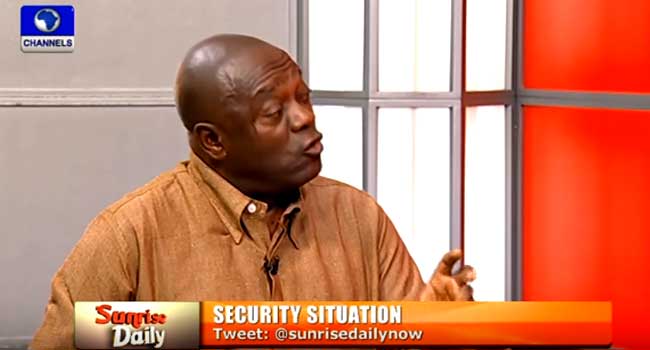 Colonel Tony Nyiam (retd) on April 22, 1990, together with other military officers notably Gideon Orka from the Middle Belt attempted to violently overthrow the former military President, Gen Ibrahim Babangida.
Col Nyiam in a chat with Saturday among other national issues spoke on Biafra agitation and the Nnamdi Kanu, the leader of the Indigenous People of Biafra (IPOB) and where he thinks, Nnamdi Kanu went wrong.
Kanu, he said, deserve commendation but went adrift in certain areas. He said though Kanu's fight against the injustice to the Igbo is right he went out of his way by not heeding the advice of Igbo elders.
Excerpt:
What is your candid opinion on how IPOB and Nnamdi Kanu’s issue can be resolved?
Restructuring is the answer. Restructuring will address all these agitations here and there.
Ndigbo has suffered injustices over the years, and this is what Nnamdi Kanu has been trying to fight.

Again, like I said earlier, the Southeast geopolitical zone has five states compared to geopolitical zones that have more states are having undue advantage over others because more states mean more access to federal revenue. All these injustices eventually give rise to agitations.
It is even wrong for the military to have been drafted to the Southeast under the guise of any operation, be it Operation Python or whatever name. No one should allow the military to be used for sectional interests, President Muhammadu Buhari swore the oath to protect all Nigerians and I do hope that the military will be used in more honorable ways. The military should not be used to serve a self-interest. The military must always remain neutral no matter the temptation because history will judge them.
Restructuring is the answer to IPOB and Nnamdi Kanu’s agitations. One credit that must be given to Kanu is that sit at home order which Kanu gave that time which worked as millions of people in the Southeast obeyed him. The success of that sit at home order brought a new reawakening to the clamour for restructuring.
But I must also say again that at one point it became distracted from the original agenda he was pursuing. He suddenly became stubborn, he wasn’t listening to anybody again. He should have listened more especially to Igbo elders. But I think that in spite of his shortcomings one can’t discriminate the roles he has been playing resisting injustice against Igbo.
Follow Us on Twitter!