BLACK MONDAY As Gunmen Gun Down 10 People To Death In Rivers.(Graphic Photos) 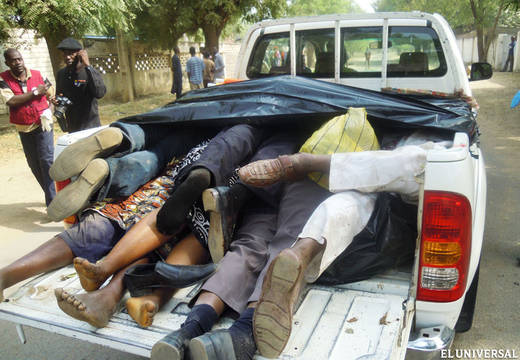 Some daredevil gunmen on Monday morning invaded Mgbosimiri, Agip axis of Port Harcourt, Rivers State and shot dead to persons.
It was gathered that the gunmen stormed the area around 4.00am.
There was pandemonium in the area as a result of severe gunshots as nobody knew the reason behind the attack.
It was gathered that a couple died of gunshot injuries during the raid.

Rivers State Police Public Relations Officers, Mr. Nnamdi Omoni, confirmed the incident.
He said he could not ascertain the number of people killed in the attack.
Follow Us on Twitter!