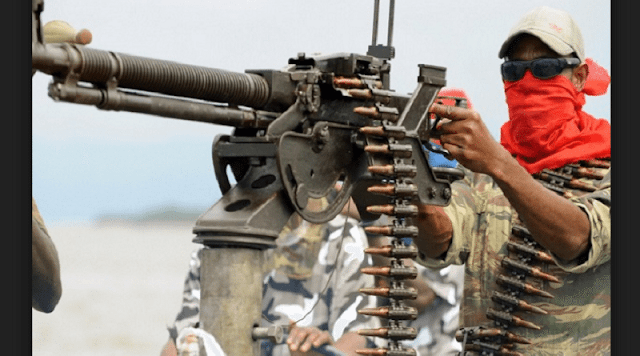 Suspected Islamist militants have killed about 53 Egyptian security personnel in a clash which broke out in the Western Desert of the country.
The security forces where on their way to raid the hideout of the militants near the Bahariya oasis in the Western Desert when they were ambushed.
Fifteen militants also lost their lives in the attack.
The Egyptian security forces were understood to have gone into the desert following a tip-off about a possible hideout.
Egypt is currently fighting an Islamist insurgency in northern Sinai.
The Bahariya oasis where this attack took place, however, lies hundreds of kilometres south-west of the troubled region.


There has been no claim of responsibility by the Islamist groups active in the area.
An initial claim in Egyptian media linking Hasm, a smaller group, to the attack was later revealed to have been false.
A security source quoted by local news outlets said their convoy came under attack by militants using rocket-propelled grenades and explosive devices.
The situation was reportedly made worse for the security forces by the attackers’ familiarity with the area, while the commanding officer was unable to call for land and air reinforcements due to poor telecommunications in the desert.
Source: BBC
Follow Us on Twitter!