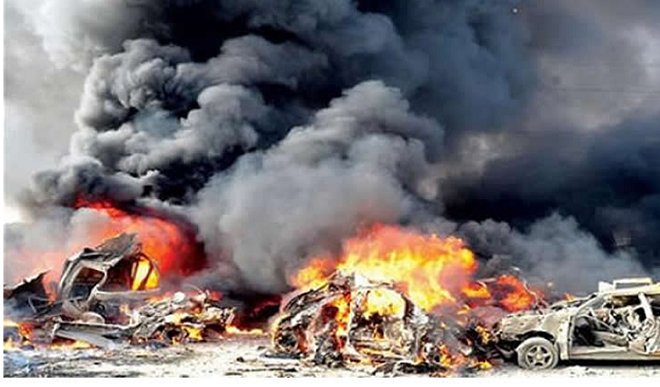 Four suicide bombers have reportedly killed themselves while attempting to attack a public hospital in Maiduguri, Borno State.
It was gathered that three of the female bombers on Wednesday night, attempted to enter the premises of Molai General Hospital at Molai Angwar, through the rear exit gate but got blown up in the process.
In a statement by the Police Public Relations Officer (PPRO), Victor Isuku, he said, “Three female suicide bombers, with IED vest strapped on, attempted to gain entry through the rear exit gate, into the premises of Molai General Hospital, outskirt of Maiduguri township. They detonated the IEDs on their bodies, killing themselves.

“The fourth bomber also detonated in a bush in the neighborhood of Umalari village, some distance from the scene of the first blast. Only the four died, no other casualty recorded, the police said.”
The police boss added that more suicide bombers might have escaped from the area.
He urged residents to be more vigilant and report unusual movement of person or persons in their area to security outpost around them.
Follow Us on Twitter!