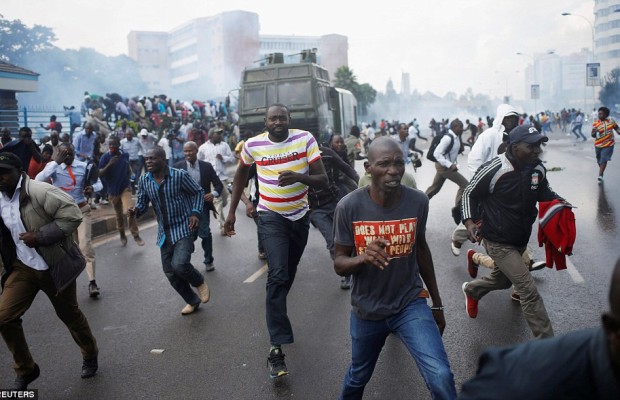 Uneasiness has pervaded Idi Araba and Olorunishola communities in the Mushin Local Government Area of Lagos State after bloody clashes between two factional gangs in the neighbourhoods.
No fewer than 150 vehicles parked in compounds and by the roadsides were reportedly vandalised during the clashes, while some members of the factions were injured.
Source learnt that the rift was the climax of a supremacy battle between Idi Araba boys and Olorunnishola boys which started about four years ago.
Our correspondent learnt that the rival gangs had maintained peace for some months before the battle was rekindled penultimate Saturday during a party organised by a lady on Olanrewaju Street, off Itire Road.
The unnamed lady was reportedly in a relationship with two men, each from the two factions.
It was said that members of both gangs had attended the party that day and as it progressed, a fight broke out between gang members.
A resident, who did not want his name in print for security reason, said one Faruk of Olorunnishola boys escalated the fight after he smashed a bottle on Abbey, a “strong member of Idi Araba boys.”
He said Abbey’s gang members regrouped and went on a reprisal to Olorunishola community to unleash mayhem.
He said, “Olorunishola boys also came to Idi Araba, Folarin Street and other neighouring streets around 12.30am on Sunday, September 10. They destroyed about 150 vehicles.
“Idi Araba boys comprised thugs from Daniyan, Sea Side, Lawanson, Odutan and Adekunle areas; and they are led by Emo, Sule Jagaban and Bere.
“Olorunishola boys also comprised hoodlums from Daniel, Morgan, Shittu, Igbeyin Adun streets and Ojuwoye in Mushin. They were led by Mopol and Bobo. Some of them are cult members.
“The lady that organised the party was dating members of both factions. The lady was given a post in her church and she celebrated it on that day. The party could not contain the two rival gangs.”
Another resident, who gave his name only as Samuel, said the hoodlums cashed in on the clashes to rob residents of their valuables.
He added that the gangs clashed again last Friday during which two persons were hit with cutlasses in the head and hand respectively.
“Apart from destroying property, they entered into houses to steal laptops, generators, televisions and other items. Everybody here is afraid. We need more security and we want the police to stop the gangs from causing more havoc,” Samuel said.
A car dealer, Lukman Ninalowo, said his car and that of his wife, parked on  Folarin Street, were destroyed during the midnight mayhem.

He said, “They damaged the two cars – Mitsubishi and Sienna – and I have reported the vandalism at the Itire Police Division. They broke the glass on the driver’s side of the Mitsubishi and smashed the windscreens of the Sienna. They came at night armed with cutlasses.
“Over 40 vehicles were vandalised on Folarin Street alone. They also entered premises and destroyed vehicles, including a car that a mechanic repaired for his customer.
“We urge the Lagos State Police Command to deploy more operatives in this area to support the Itire division. We learnt that four of the suspects were arrested and taken to court.”
Another victim, Mr. Taiwo Adeneike, a civil servant said, he had no idea of how to raise fund to repair his vandalised car.
“They broke the windscreen and the driver’s side glass of my BMW E36. The fight has been on for a long time, but that of Sunday assumed another dimension. I had slept off. I suddenly started hearing noises. By the time I came out, a lot of vehicles had been destroyed. The DPO of the Itire Police Division came that night,” he added.
The Chairman, Ifetedo Community Development Association, Ishaga Close, Idi Araba, Mr. Rasheed Bakare, called on the state government to intervene, noting that the gangs had created panic in the affected communities.
He said, “The cause of their fight is always baseless. Whenever they clash, it is innocent residents who bear the brunt. Vehicles parked on Itire Road, Morgan, Olorunishola, Durojola streets and Lawanson were damaged Over 100 vehicles were vandalised. I personally counted over 50 damaged vehicles on Folarin Street.
“Whenever there is any misunderstanding, they start destroying property and robbing people. We want the state government to intervene because it is getting out of hands.”
The Lagos State Police Public Relations Officer, ASP Olarinde Famous-Cole, said the police had started a regular patrol of the areas.
He said, “Arrests were made and suspects have been charged to court. A raid was also conducted and five male suspects were taken to the Lagos State Task Force office in Oshodi.
“Apart from police patrol, we are also holding meetings with stakeholders in the communities to avoid any breakdown of law and order.”