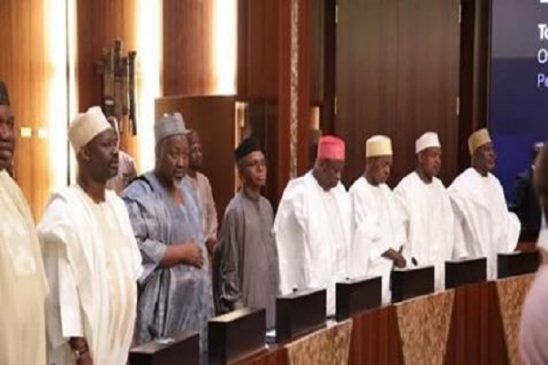 The 36 governors under the Nigerian Governors Forum held an emergency meeting inside the Aso Rock villa in Abuja.
The emergency meeting which took place on Wednesday, October 11 started at 8.30pm.
Governor Abdulaziz Yari of Zamfara who is the chairman of the forum presided over the meeting.

The reason for the emergency meeting has not been revealed yet.