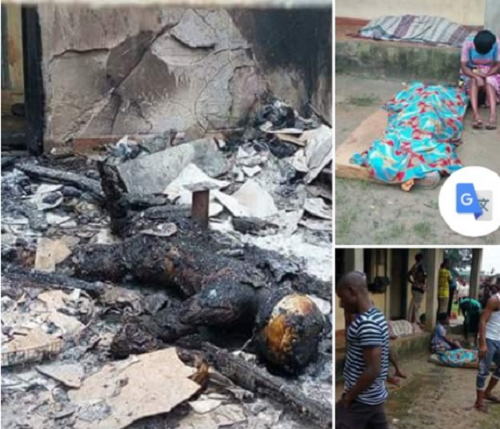 According to Jennifer who lives in Port Harcourt that shared the story,fifteen people were killed today in Mgbuosimini Waterside,Rivers state.It is unclear what led to their death but some people said that there has been cult related violence around the area that even several passersby suffered machete cuts, as violence raged all through the night, without intervention by security operatives, while most inhabitants remained indoors for some days in the area.
Below is what Jennifer wrote..
‘Fifteen people confirmed dead at mgbuosimini waterside in Rivers state Portharcourt. This is the third batch of innocent citizens residing in that area to be trapped in all these fiasco.We need peace and security  in Rivers state.  My chest’.
‘These are live pictures from the dastard act that happened in Mgbuosimini community early this morning. Innocent lives wasted. Including newly married couples and a woman that recently gave birth. I condemn this act in its totality. Sixteen innocent lives wasted. All businesses shut down,Everywere looks like rapture just occured. Live. My chest.Too bad’