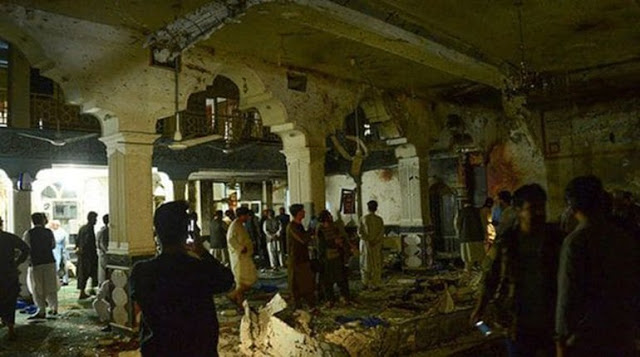 No fewer than 30 persons have been feared killed after a suicide bomber hit Shi‘ite mosque in Kabul on Friday.
The attack occurred at Imam Zaman mosque in the western Dasht-e-Barchi part of Kabul, Afghanistan, as Shi‘ite worshippers gathered for prayers.
A senior security official said that the exact number of casualties was unknown `but that security forces at the scene had removed at least 30 bodies.’’

The attacker is reported to have opened fire as worshippers gathered for Friday prayers, before detonating a bomb.
Kabul police spokesman Basir Mojahid confirmed the incident at the Shia mosque in Kabul, but did not give further details.
Also, a spokesman for the Afghan interior ministry said investigators were working at the scene to determine the “nature of the explosion.”
Follow Us on Twitter!