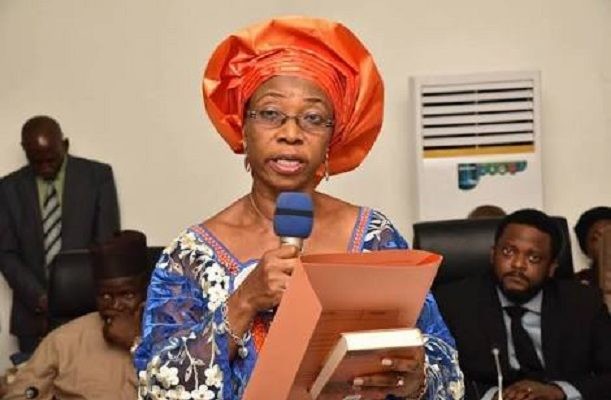 Kogi State Government has discredited news reports claiming it owed the late Mr. Edward Soje eleven months of unpaid salary as at the time he committed suicide.
In a press statement signed by the state Head of Service, Deaconess Deborah Ogunmola, government said the deceased civil servant was paid up till December 2016.
“His pay was stopped after proof emerged that he falsified his age records. His confession to the offence is on video to justify government stoppage of his salary,’’ Ogunmola said.
Soje, a Director in the state Teaching Service Commission was found hanging on a tree at the back of army barracks in Lokoja.
He was among workers being owed arrears of salaries ranging from two to 21 months by the state government.
Ogunmola, however, explained that following engagements with the labour which spanned several months, the Kogi governor magnanimously commuted the disciplinary action due against Soje and other certain categories of offenders by granting them pardon.

“Pardoned members staff were processed for reinstatement and payment in batches. Mr Soje was in the September 2017 batch and he was aware of this fact.
“The Kogi State Teaching Service Commission, where he worked has forwarded a template for payment to government and Mr Soje was aware that he was listed to receive six months back pay.

According to her, this leaves only 2 months (August and September) outstanding.
Ogunmola, who also hailed from Ogori, the same town with the deceased, said the government was saddened in no small measure by the alleged action of Soje.
She described Soje as a level 16 officer and a director in the Kogi State Civil Service.
She deplored media reports attributing Soje’s alleged decision to commit suicide to non-payment of salary.
“Edward Soje was not just my staff, he was also married to my sister-in-law. His death is shocking, both as one related to him in some way and one responsible for him in an official capacity.
“I met with him earlier last week and we discussed his situation, including the progress made in resolving his employment issues.
“There was no hint of this horrible decision in his demeanour. He did he appear to me as one who was depressed, let alone contemplating suicide. I am, therefore, understandably shocked by all of this.
“Government condoles with his family, especially his wife and three children. While we will not intrude into their grief over their sad loss, we will stand with them.”
Follow Us on Twitter!