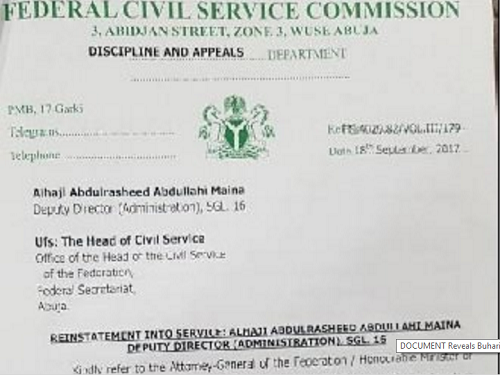 The agency stressed that Maina and Oronsaye had a case to answer before the Federal High Court Abuja on alleged N2billion Pension funds allegedly mismanaged for biometric contracts.
The EFCC source added the case “Maina and three others tagged FHC/ABJ/ CR/97/ 2015 dated July 10, 2015 is still ongoing”. The others are Oronsaye , Osarenkhoe Afe and Fredrick Hamilton Global Services Limited.
“The suspects are facing a 24-count charge bordering on procurement fraud and obtaining by false pretence. Neither Maina nor Oronsaye has been discharged.
”Oronsaye and two others pleaded not guilty to the charge, Maina has been on the run.”
Responding to a question, the source said: “Steve Oronsaye was only discharged by a High Court of the Federal Capital Territory on a separate N190 million corruption charges levelled against him. The alleged fraud was committed when Oronsaye was the chairman, Presidential Committee on Financial Action Task Force set up by former President Goodluck Jonathan
“Following a no-case submission, the trial judge ruled that the prosecution failed to establish its case against him.” 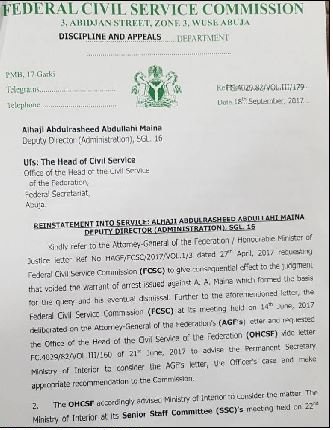 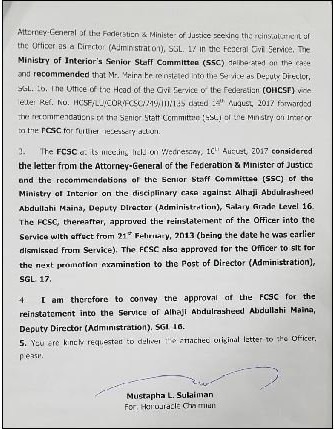