Eschew Tribalism, It's Too Dangerous For Humanity - Saraki Urges Nigerians 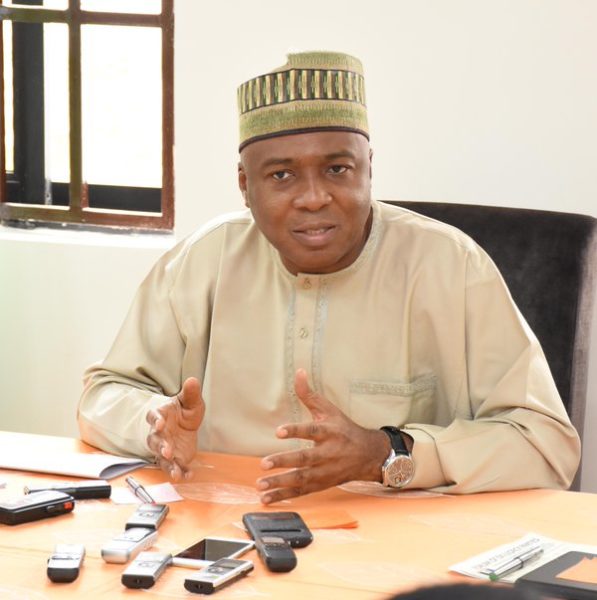 The Senate President, Dr. Abubakar Bukola Saraki has urged on all Nigerians to eschew tribalism, saying, of all the problems that threaten humanity, tribalism is one of the worst.
Tribalism involves caring only about your own tribe or group and ignoring people of other groups. Many Nigerians need to overcome
tribalism.
Tribalism involves fear of anyone outside one's own tribe or group, hatred for people of different backgrounds, and contempt for anyone who seems foreign. Tribalism results in seeing people of another tribe, race or group as enemies. Tribalism can be deadly, and it is contangious, and its greatly affects development. It sweeps through groups and tribes and infects the entire nations with hatred.

Saraki notes that the results can be dreadful. "When you are tribalistic, you stop thinking straight: you judge people by the colour of their skin, the name of their tribe, or the place of their birth, rather than looking at who they really are, and what they can do to foster development. You become paranoid and irrational: whenever anything goes wrong, you blame it on those people you don't like, and
you think they are hatching some kind of plot," he said.
Tribalism has terrible destructive effects on those who hate and those who are hated. Just look at the 20th century: the Turkish slaughter of Armenians for many years up to 1915, the Nazi Holocaust of more than 6 million Jews during World War II, the tribal massacres in Rwanda and Bosnia in the 1990s-and these are just a few examples. In this 21st century, many thousands in the Darfur region of Sudan have been murdered as a result of ethnic and religious conflicts. Tribal tensions and conflicts have brought underdevelopment, danger and death to Nigeria and Saraki wants Nigerians to shun tribalism and embrace unity in diversity for Nigeria to be a better country.
Follow Us on Twitter!