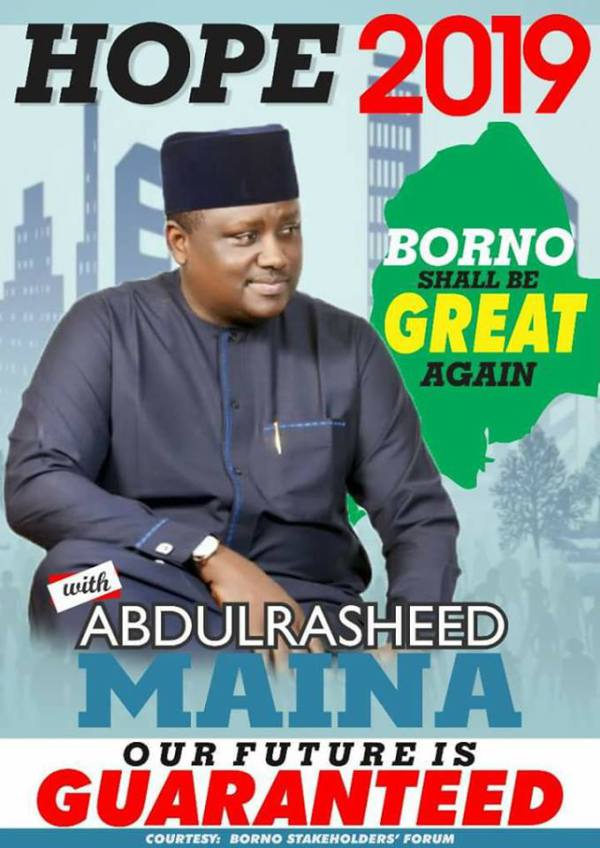 Its no longer news that the embattled ex-chairman of the Presidential Task Force on Pension Reforms, Abdulrasheed Maina, who has been accused of complicity in a N2bn fraud, has gone into hiding again
The fugitive, who is still on the wanted list of the Economic and Financial Crimes Commission for the alleged offence, went into hiding soon after news that the anti-graft agency had launched a manhunt for him became public.
According to Punch Newspaper, it was gathered that Maina, who had been reinstated as an acting director in the Ministry of Interior, was to meet with yet to be identified persons in his office but apparently had a change of heart because he was nowhere near the office building when our reporter arrived at the office at 8.20am and at 2.00pm when he left.
The office located at the Old Secretariat in Area 1, consists of a reception, a waiting room before a massive door leading up to the director’s office.
The reception looked dreary while two young men in the waiting room fiddled with their phones as they conversed in low tones. Attempts to speak with the female secretary, who refused to give her name, failed as she rebuffed all questions.
In response to enquiries about the whereabouts of her new boss, she snapped, “I don’t know where he is.”
A source, who spoke to one of our correspondents, in confidence because of the sensitivity of the matter, said Maina travelled to Kano during the weekend and had given appointments to some persons to meet him at the office on Monday but went into hiding soon afterwards.
The source said, “He planned to meet with some visitors in his office on Monday but for him to have aborted the appointment and switched off his phones meant he had gone underground. He may not be seen for a little while.”
It was learnt that the fugitive had over the last few months held meetings with several groups and individuals with respect to his ambition to contest in the 2019 governorship election in his home state of Borno.
“Maina has not hidden his political plans as he is known to broadcast his ambition on WhatsApp platform to his friends and associates,” the source further explained.
Nigeria’s foremost anti-graft agency, the EFCC also said it was still searching for Maina whom it declared wanted about two years ago.
The EFCC Spokesman, Mr. Wilson Uwujaren, who spoke to one of our correspondents around 8pm on Monday, said the commission was still on his trail.
He, however, stated that the commission had marked his houses in Abuja including a house in Jabi said to be worth about $2m.
Uwujaren said, “Yes, his properties were marked today. To the best of my knowledge, he has not yet been arrested.”
Another source within the EFCC accused a sister security agency, the Department of State Services, of shielding the suspect from arrest.
The source said Maina was moving around town in a bulletproof Range Rover Sports Utility Vehicle and two or three vehicles.
The source said, “We have traced him to a hotel in Kaduna where he went to spend the weekend; we know that the DSS is protecting him and the DG DSS, deployed men to protect him. But make no mistake, we will arrest him, already we’ve frozen all his accounts.”
Another source said, “He stays in a property which is a DSS safe house. He moves around in a convoy of about two or three vehicles. I personally saw him alighting from a Range Rover SUV last week with about four DSS officials.”
The DSS, which does not have an official media relations officer, also responded to EFCC’s allegations through a source close to it, the source challenged the EFCC to support its claims with evidence.
The DSS source said, “There is no need responding to baseless allegations because there was nothing like that. Both of us are doing same work,  which is apart from making the country safe from fraudulent people,  we also collaborate with each other in the area of collating of data on other things. This is why I’m surprised on this baseless allegation by an unknown person.  Anyway, that’s all.”
Commenting on the manhunt for the fugitive, prominent human rights lawyer, Mr. Femi Falana (SAN), called on the EFCC to compel Dambazzau to produce him.

Falana said since the minister had admitted that Maina was working under him, he should know his whereabouts.
He said, “The allegation on the ground is that he has stolen N100bn from pension fund. It is the worst case of corruption. It is a crime against humanity to divert money meant for pensioners. Whether he was reinstated properly or not is diversionary. The questions should be when will government recover the money? When will he be arraigned?
“The EFCC should ask those who reinstated him to produce him. He is in a ministry and the minister has come out to admit that he has been promoted.”
A Lagos-based lawyer, Mr. Jiti Ogunye, hailed the President for taking action but noted that Buhari lacked the power to dismiss a civil servant as it contravenes Rule 04102 of the Public Service Rules which provides that “the power to dismiss and to exercise disciplinary control over officers in the Federal Civil Service Commission is vested in the FCSC.”
Ogunye, however, urged the President to sack all his political appointees that might have aided Maina.
Earlier on Monday, President Muhammadu Buhari ordered for Maina’s immediate disengagement from the Federal Civil Service and directed the Head of Service, Mrs. Winifred Oyo-Ita, to furnish his office with a full report on the circumstances of his recall.
This was contained in a tweet by the Special Adviser to the President on Media and Publicity, Mr. Femi Adesina, on his Twitter handle, @FemAdesina, on Monday.
Adesina tweeted, “PMB orders immediate disengagement of Mr. Abdulrasheed Maina from service. Asks for full report on circumstances of his recall.”
In a statement he later signed, Adesina quoted the President as ordering that the full report should be submitted to his Chief of Staff, Abba Kyari, for onward transmission to him before the close of work on Monday.
One of our correspondents gathered that Mrs. Oyo-Ita, who was in her home state for the burial of her close relative when the presidential order was given, had to rush back to attend to it.
An official in her office told our correspondent, “Madam is not in town. She is bereaved; she lost her sister and the burial took place this weekend but she is finding her way back to Abuja now.”
In a statement signed on her behalf by an Assistant Director, Media Relations, in the office of the Head of Service, Mohammed Manga, the HoS claimed that Maina’s reinstatement and subsequent posting did not originate from her office.
The three-paragraph statement read, “The attention of the Office of the Head of the Civil Service of the Federation has been drawn to several media reports that the Head of the Civil Service of the Federation has approved the reinstatement into the Federal Civil Service of Alhaji Abdulrasheed Abdullahi Maina and his subsequent posting to the Ministry of Interior.
“The Head of the Civil Service of the Federation wishes to inform the public that the re-instatement and posting of Alhaji Abdulrasheed Abdullahi Maina never emanated from the Office of the Head of the Civil Service of the Federation.
“Consequently, the purported reinstatement and posting by the Office of the Head of the Civil Service of the Federation is totally erroneous and misleading.”
Oyo-Ita’s claim contradicts claims made by the Minister of Interior, Lt.-Gen. Abdulrahman Dambazau (retd.), who had while absolving himself of complicity blamed the office of the HoS.
Dambazau had in a statement on Sunday claimed that the wanted man was posted to his ministry by the HoS a “few day ago” to fill a vacancy.
At about 8.24pm on Monday, The PUNCH exclusively confirmed that Mrs. Oyo-Ita had complied with the President’s directive by submitting a report on the circumstances surrounding the reinstatement and subsequent posting of Maina as an acting director in the Ministry of Interior.
While confirming that she has carried out the President’s directive, Oyo-Ita explained that the role played by her office in the whole saga was based on legal advice by the Attorney-General of the Federation, Abubakar Malami (SAN).
Meanwhile, the Senior Special Assistant to the President on Media and Publicity, Garba Shehu, on Monday evening confirmed that the Presidency had received Mrs. Winifred Oyo-Ita’s report on the reinstatement of Maina.
In a text message, Shehu said the report was being studied while others were being awaited. He did not state the other reports being awaited.
“I have confirmation that the Head of Service of the Federation, Mrs. Oyo-Ita, has brought the report on the re-engagement of Abdulrasheed Maina as directed by the President. This is being studied as other reports are being awaited,” he wrote.
When contacted, the Director, Press and Public Relations, of the Federal Civil Service Commission, Dr Joel Oruche, said, “The Presidency has already cancelled the posting of the man.”
Asked further to comment on the authenticity of a letter purportedly written by the commission to the HoS to reinstate Maina, he said, “Send it (letter) to me. Let me see it first. By tomorrow (Tuesday), I will find out what happened.”
More report at Punch Newspaper
Follow Us on Twitter!