Finally, Army Reacts to Alleged Injection of MonkeyPox in S’East 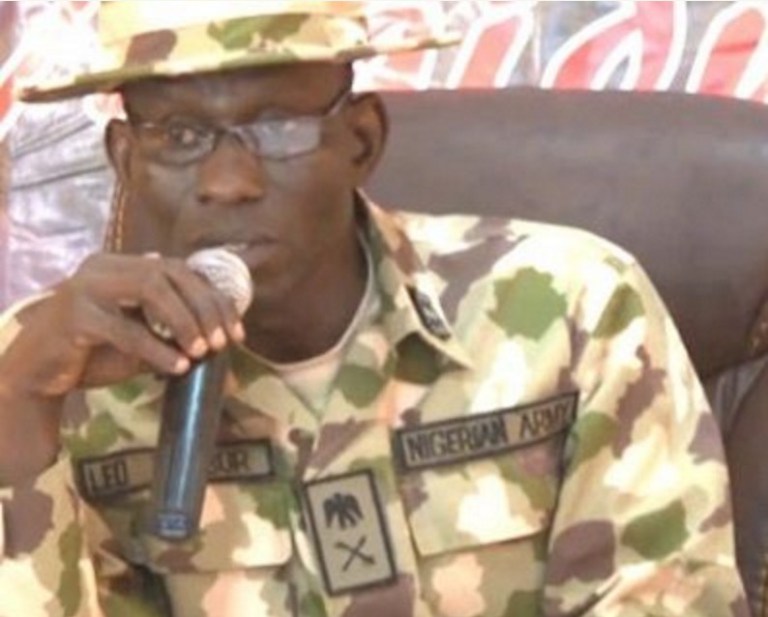 Panic overshadowed the commencement of the Nigerian Army free medical outreach for civilians in Anambra on Wednesday, following social media reports that soldiers were injecting school children with dangerous substances.
Newsmen learnt that the report, forced schools to send pupils and students home while parents rushed to schools to pick their children and wards out of fear.
However, the state’s Commissioner for Health, Dr Joseph Akabuike, while dismissing the social media reports, explained the pandemonium was caused by fears of monkey pox disease, currently reported in some parts of the country.
“We rushed down immediately we heard the rumour. All the instruments being used by the army for the free medical mission are all life-saving instruments.
“So we want to allay the fear of the public. They should not be afraid; rather we should count ourselves lucky to receive such free treatment.”
Akabuike commended the army for the gesture, assuring that the State Government would provide needed support to make the outreach successful.

In a remark, the General Officer Commanding (GOC) 82 Division Enugu, Maj.-Gen. Mohammed Abubakar, explained that the exercise was part of Operation Python Dance II in the South-East.
Represented by Brig.-Gen. J.O. Ugwuoke, the GOC said the exercise had taken place in Enugu, Imo, Ebony, Abia and was now in Anambra.

Abubakar advised members of the public to discountenance the rumour that soldiers were forcing injections on pupils from school to school.
He said the one-day medical mission had already benefited over 300 patients, who were being treated for various ailments with drugs provided free.
“The presence of community leaders and State Government representatives signify that there is nothing harmful about the exercise.
“We are here purely on a noble mission of free medical service.
“In addition, we are giving grants and food items to the people, who are in need of them.
“These are rumours and I think as Nigerians, we need to desist from peddling rumours because it will not do us any good,” he said.
Also speaking, Mr Ikenna Ofodeme, the Transition Committee Chairman of  Ekwusigo Local Government Council, commended the army for locating the free mission in the area.
Ofodeme urged members of the populace to turn out for the free medical service in their own interest.
Follow Us on Twitter!