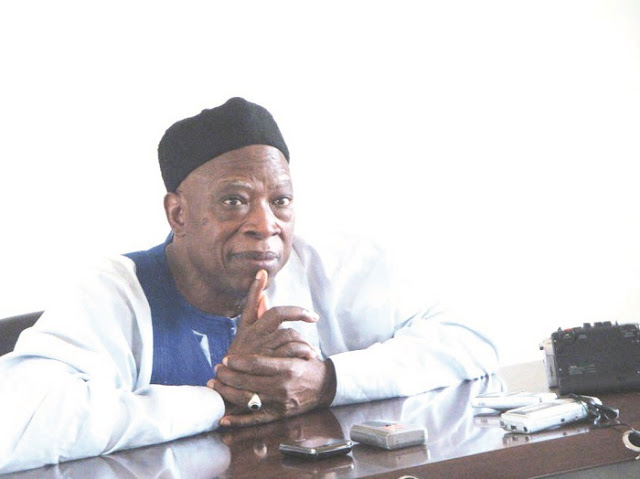 The senator representing Nasarawa, Abdullahi Adamu, has alleged the Peoples Democratic Party, PDP of spreading the rumour of Monkey pox vaccine.
The lawmaker said PDP perpetrated the spread of the rumour in a bid to damage the good image of the ruling All Progressives Congress, while noting that the APC is correcting all the 16 years of bad ruling of the PDP.
Adamu made the claims while addressing newsmen in Abuja on Tuesday.
The legislator lamented that the deterioration accumulated during PDP’s rule, between 1999 and 2015, was colossal.

“What it took them 16 years to damage, we cannot take just one year of some magical works to get everything corrected.
“They have not been doing enough work and spending enough time to plan what is called opposition in the real sense of democracy.

“They feel calling people names, abusing people and propaganda is opposition, this is wrong. “They will not get the desired result out of that.
“For instance, the propaganda that Monkey Pox was induced by vaccines from the military, what can be more absurd than that and they have kept quiet because it is an agenda.
“This negativity is from the PDP stable; this is a smear campaign, I pity their strategy.”
“PDP is no longer what it used to be. PDP is a party that had 16 years and then toward the end, they got so strong and got a bit power drunk.
“Unfortunately, through intoxication, they lost everything that there was in political fortunes, they had to go back to the table to start all over.”
Follow Us on Twitter!