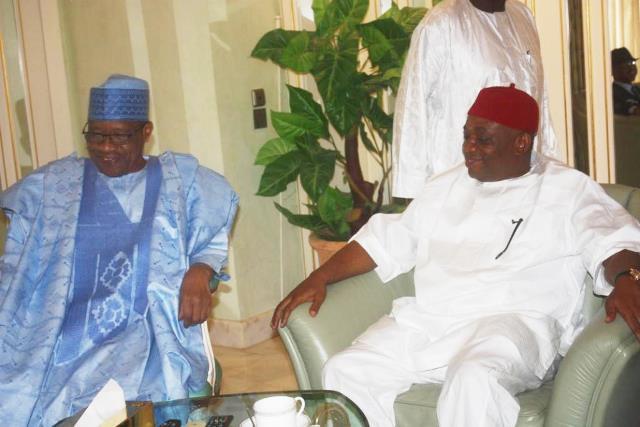 The lives of 15 millions Igbos living outside the southeast is more than Nnamdi Kanu's life and he could not have been left alone to burn down our state, former Governor Orji Kalu has declared.
He made the remark on Monday in Minna, Niger State during his visit to Nigeria's former military president, Gen Ibrahim Bbabangida.
While speaking to journalists on his comment on Nnamdi Kanu, he said “I did not say anything bad on IPOB, they have the right to carry their flags around and agitate but they don’t have the right to separate Nigeria”.
“What I said, and it is clear, Nnamdi Kalu’s brother told me that he has left the country and I was not looking for him for any bad intention, I was looking for him to be able to call federal authority that he is with me and no Army or Police can take him away from me, so that we can discuss the way forward”, he added.


According to him “People misunderstood my intention. I was just after peace because burning down our state (Abia state) wouldn’t have been the best. And again the lives of the over 15 million Igbos that are living in the north are more important than one person. That is the issue. So, we need to take control of the situation”.
On the ongoing agitations, he said agitations are fueled by injustice
lack of fairness especially in providing basic amenities.
This, he said, is not only peculiar to the southeast adding that  “absence of all these amenities is responsible for whatever agitation you are seeing. Not only IPOB is being marginalized, every part of this country is being marginalized”.
He said “When I was coming I passed through the Minna-Suleja Road, I now concluded that not only the Eastern part of the country are being marginalized. All parts of the country are being marginalized. Nigeria and Nigerians need new orientation from A to Z, that is the only solution”.