Home » news » Just As Deadly Monkey Pox Disease Spread In Nigeria, See What You Must Not Eat To Avoid The Disease From Reaching You

Just As Deadly Monkey Pox Disease Spread In Nigeria, See What You Must Not Eat To Avoid The Disease From Reaching You 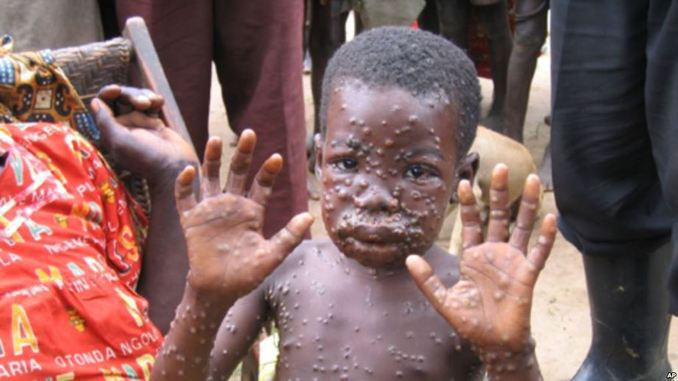 Nigerians have been advised by the Federal Ministry of Health to stop eating bushmeat and dead animals, so they don’t contract Monkey Pox
Minister for Health, Prof. Isaac Adewole, stated that though the virus was mild, there is no cure or vaccine for it
Test samples from individuals who have contracted the virus have been sent to the WHO lab in Senegal for analysis; and the results are still being awaited
As a means of avoiding contracting Monkey Pox, the Federal Ministry of Health has advised Nigerians to avoid consuming bushmeat and dead animals, Punch reports. Prof. Isaac Adewole, Minister of Health, gave the advise to Nigerians on Thursday, October 5.
Adewole, who made his comments in a statement released by Boade Akinola, the director of media and public relations in the ministry, stated that the disease did not have a cure or vaccine. However, the minister stated that there was no cause for alarm.

The statement read in part: “He (Adewole) said the virus was mild and there was no known treatment and no preventive vaccines, hence the public should be at alert and avoid crowded places as much as possible.
“He advised the public to avoid eating dead animals, bushmeat and particularly bush monkeys.” It read further: “The symptoms include headache, fever, back pains and in advanced cases, rashes bigger than those caused by chicken pox.” Adewole advised anyone who experiences those symptoms to go to a hospital.
In Bayelsa, 10 individuals and a doctor have contracted the virus and have been quarantined. Adewole also disclosed that test samples have been sent to the World Health Organisation (laboratory) in Senegal for analysis. The ministry is still awaiting the results.
Follow Us on Twitter!