Home » news » JUST IN! Chibok girls reveal why and how they were kidnapped, ferried away to Sambisa

JUST IN! Chibok girls reveal why and how they were kidnapped, ferried away to Sambisa 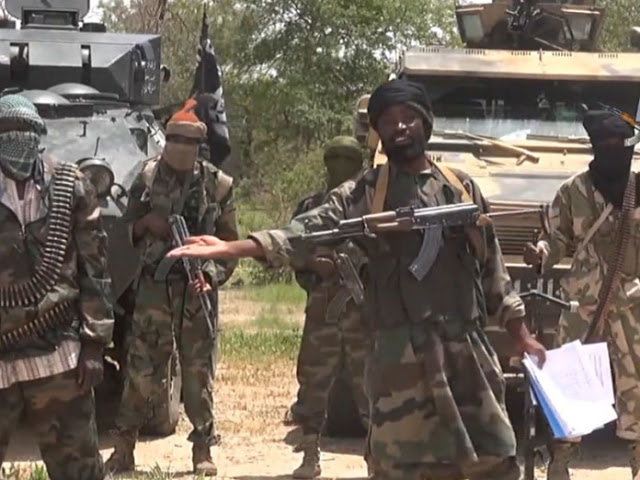 One of the oldest in her class, Naomi Adamu was 24 when she and more than 200 mainly Christian students were taken off into Boko Haram's Sambisa forest hideout in north-eastern Nigeria in 2014, sparking global outrage.
While in captivity, the girls were given exercise books for the Koranic classes they were made to attend.
But some of the girls used these to keep secret diaries. When the militants found out, they were forced to burn the books.
Ms Adamu managed to hide hers. She and her close friend, Sarah Samuel, now 20, and three other girls used the books to chronicle some of their experiences.
The diary entries, written in passable English and poor Hausa, are undated and appear to be from their early months in captivity.
Here are 10 of the many disclosures. Some spelling and punctuation have been altered for clarity:
1) Kidnap was not the plan
The militants who attacked the Chibok school on 14 April 2014 had come with the intention of stealing an "engine block", the diary notes. It is not clear what piece of machinery they wanted - there had been some construction work at the school a few weeks earlier, so it may have been the machine used for moulding cement blocks, which can also be used for constructing crude weapons, or they may have been after an engine block from a vehicle.
But when it could not be found, they argued over what to do with the students they had gathered in groups. After considering a number of gory options, they decided to take the girls with them.
"They started argument in their midst. So one small boy said that they should burn us all and they said, 'No let us take them with us to Sambisa.' Another person said, 'No let's not do that. Let's lead them... to their parent homes.' As they were in argument, then one of them said, 'No, I can't come with empty car and go back with empty car... If we take them to [Abubakar] Shekau [Boko Haram's leader], he will know what to do.'"
2) A telltale prevented escape
Some girls were loaded into the militants' vehicle at the school while the majority were made to walk at gunpoint for miles, until several trucks arrived to ferry them away.
On their way to Boko Haram's forest hideout, when some students began escaping by jumping off the trucks, one of the kidnapped girls alerted their abductors - perhaps out of fear of being left alone, or a propensity to obey whoever is in authority, or the desire to have company in misery.
"Then one girl in the car said, 'Driver, some girls are jumping to escape.' Then the driver opened the door of the car then searched for them with the torch but didn't find anyone. So they said to them that they should stay [in] one place, that if they jump down again, if they saw her or any they will shoot her."
3) Cruel tricks
The militants played a number of cruel tricks on the kidnapped girls, including pretending that their parents had been captured by Boko Haram. On one occasion, they separated the Christian girls from those who were Muslim and threatened to burn those who would not convert to Islam with petrol.
"Then they came to us and said, 'Those who are Muslim, it is time for prayer.' After they had prayed, [they said], 'Those who are Muslim, let them be on one side and those who are Christian let them too be on one side.'
"Then we saw jerrycan in the car so we thought it was petrol. Then they said, 'Who and how many of you will turn to Muslim.' So many of us, because of fear, some of us stand up and went inside... So [they said], 'The rest that remain you want to die, is that why you don't want to be Muslim? We are going to burn you...' Then they give us that jerrycan which we thought it was petrol. It is not petrol, it is water."
4) Militant anger over rape claims
Some of the Chibok girls have stated in previous interviews that they were not sexually abused or forced into marriage - although they were sometimes whipped to persuade them to marry. Some girls were also taken as official concubines.
The girls hid the diaries by burying them in the ground or stuffing them in their underwear
The diaries show that the militants were livid about insinuations in the media that they were raping the girls. The group's leader, Abubakar Shekau, ranted about this a number of times, first in a recorded message that was played to the girls.
"Then in the night, they gathered us and preached to us and put [on] a cassette. They said that cassette is from their master Mr Abubakar Shekau.... So he said that just because of they kidnapped us to come and teach us the way of God, then your parents and the government and your principal are crying to us and saying that we are raping you and are doing bad, bad things to you… We brought you to teach you the way of Allah."