Home » news » Just In!! See what is happening now in Plateau

Just In!! See what is happening now in Plateau 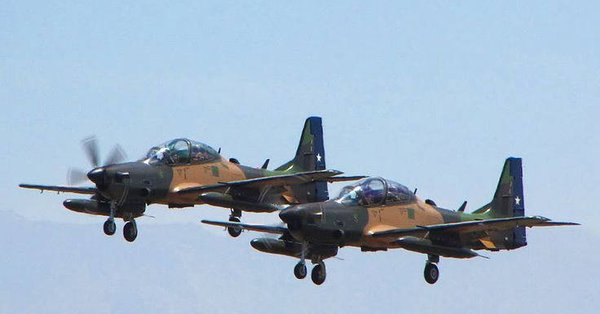 Following the killing of 29 persons in Nkiedonwwhro community in Bassa Local Government Area of Plateau State by suspected Fulani herdsmen, the Nigerian Air Force has deployed military helicopters in the area on Thursday.
The helicopters, it was learnt, had continued to hover around the area for surveillance.
Although the choppers were said to have commenced flying over the communities on Wednesday evening, it was however not clear if there was any security alert.
But the spokesperson for the Special Military Taskforce codenamed Operation Safe Haven, Capt. Umar Adams, had said that although tension had reduced in the area, the military troops would still be on standby to carrying out patrol and cordon and search.

He said, “For now, the situation is relatively calm. The tension that has been on for the previous days is fast going down and has reduced because our troops are still there and carrying out patrol and cordon and search operations. Apart from the troops we have here, we reinforce and mobilised more personnel from our locations under the jurisdiction of the OPSH.”
Several calls and SMS to NAF’s spokesperson, Cmdr. Olatokunbo Adesanya, to explain the deployment of Air force helicopters were not replied.
But a resident of the community said about three helicopters were sighted hovering over the communities in Bassa LGA, but he was not sure of their mission.
He said, “Since Wednesday, the Nigerian Air Force helicopters have been hovering over the communities. Is it part of security surveillance or there is a security alert? But if it is to get the Fulani herdsmen, you can’t get them on air because an average Fulani person spends 70 per cent of his life in the bush.

“They don’t stay in one place for long and so if the Air force means well, they should fly closer to the bush where the Fulani dwell and not in the villages.”
Meanwhile, the Christian Association of Nigeria (Youth Wing), has condemned the killings in Plateau State, saying Fulani herdsmen are running a parallel government in Nigeria.
YOWICAN in a statement on Thursday evening by its President, Daniel Kadzai, said after their exploits in Southern Kaduna, the Fulani herdsmen had turned their heat on Plateau State.
He said, “The herdsmen massacre in Southern Kaduna has subsided but it has resumed on the Plateau. That’s the way they roll – Nigeria’s ubiquitous and ghostly herdsmen. It’s like the game of whack-a-mole. You contain or repel them in one area and they pop up in another.
“The Miyetti Allah Cattle Breeders Association, the umbrella organisation of Fulani herdsmen are untouchable and feared. They are the parallel government of Nigeria.”
Follow Us on Twitter!