Home » news » JUST IN: UK Base APC Members Holds Session On ‘Restructuring Nigeria, You Won’t Believe The Areas They Want Restructured {Must See}

JUST IN: UK Base APC Members Holds Session On ‘Restructuring Nigeria, You Won’t Believe The Areas They Want Restructured {Must See} 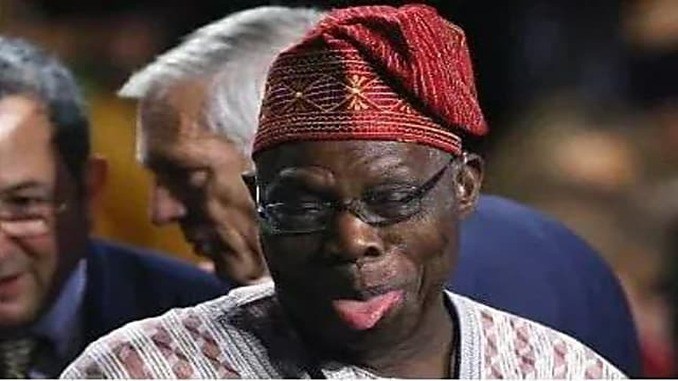 The All Progressives Congress (APC) in the United Kingdom report, has held a successful session on the restructuring of Nigeria as a nation in line with the position of the party in Nigeria.
The session which was attended by many Nigerians resident in the United Kingdom deliberated on issues ranging from federalism to policing and resource control amongst other issues.
The highly publicized programme was held at the Holiday Inn Express, Stratford, London, UK on Saturday, October 7, 2017.
One of the speakers, Dr Adebisi Adewole, a Professor of Procurement and Supply Chain Management and Deputy Director, Centre for African Research on Enterprise and Economic Development at the University of the West of Scotland, United Kingdom said that the restructuring of Nigeria is basically between the elite and the followers. The University Don, who was represented by Mr. Seyi Odetola, Publisher of 6334 Reporter, itemized 26 areas where restructuring of Nigeria should be focused.
Another guest speaker, Mr. David Otto strongly believed that restructuring should not mean ‘butchering’ of Nigeria because we are stronger together. Otto who is the Director TGS and CEO of SISO R.A.P. Counter Terrorism argued that the best time to stand together as a nation is now and that we need to fashion a way of creating harmony and peace in the nation.
Other speakers including Councillor Folasade Etti of Hackney Council. The popular Nigerian-British politician viewed that Nigeria should devolve power to the state drawing reference from the old experience of regional system. Cllr Folasade also canvassed for a structured decentralization of Police to enable them to work efficiently.
In his contribution, former chairman of Central Association for Nigerians in the United Kingdom (CANUK), Bimbo Afolayan believed that mindset restructuring is what Nigeria needed more than physical restructuring. He opposes choosing leaders based on religion and ethnic backgrounds.

A prominent APC UK youth leader Ms. Ifeoluwa Sarumi, expressed concerns about dealing with corruption in Nigeria. She expressed the opinion that restructuring without arresting corruption may be efforts in futility.
Mr Ayobami Oyalowo, (known on twitter as the Godfather) who travelled from Nigeria to attend the event posited that the present government is delivering on its promises and making life better for Nigerians.
He wished the calibre of people in government at this time were voted into power many years ago. He believed that Nigeria would have developed and most of the challenges faced today would have been resolved. He appealed to Nigerians at home and abroad to support the APC-led government in making Nigeria a better Country.
The conference ended with contributions from the audience which included remarks, comments, suggestions and solutions especially bothering on restructuring of minds and individuals rather than splitting the Country into smaller units.
Mrs Gloria Adagbon in her vote of thanks to the attendees of the session encouraged fellow citizens of Nigeria to support President Muhammadu Buhari in rebuilding our great country Nigeria.
The convener of the conference, APC UK have resolved to forward the full report detailing the contents of deliberations at the session to the Gov. Nasir El-Rufai’s led APC technical committee on True Federalism for consideration.
Signed: Jacob Ogunseye
APC United Kingdom