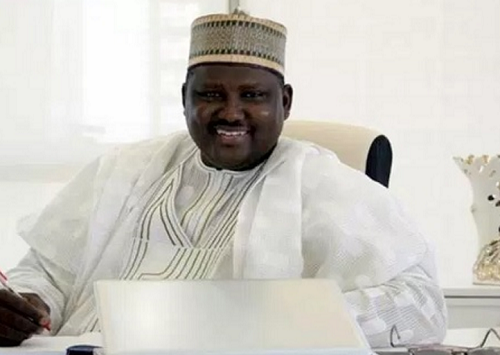 Some Nigerians have reacted to the recent reinstatement of the former Chairman of Presidential Committee on Pension Reform Taskforce Team (PRTT), Abdulrasheed Maina, into the federal civil service, saying the development is victory over corruption and age-long pervasion of the civil service rules and labour laws.
It could be recalled  that Maina while fighting corruption in the pension sector through the PRTT in 2010 recovered over 200 billion Naira in cash but, as some Nigerians put it, "in the process, the hunter became the hunted as corruption forth back and was sacked illegally."
It could also be recalled  that Maina led PRTT recovered 1.6 trillion Naira both in cash and assets within a period of one year. However, as the Coordinator of  the North Central Youth Leaders Forum, Hon Alfa Nma said in his reaction to Maina's reinstatement, "some corrupt pension looters ganged up against Maina and he was framed to be corrupt. "Maina' car was shot on his way from the Presidential Villa since then, Maina went into hiding.
"So, who will not run away when it has become obvious that people are after your life?"' Hon. Nma said.
He recalled that Senator Kabir Gaya who earlier accused Maina of stealing 195 billion Naira soon renounced his accusation when he declared that the said money was found to be lodged in the federal government's account, which is part of the TSA of the Buhari's administration.
The group, the North Central Youth Leaders Forum, had earlier called on President Buhari to sustain the anti corruption war, urging him that while fighting corruption, he should look into the files of those fighting corruption in the previous administration and were framed up.

According to the group, the advice was with a view to determining the merit or otherwise of some cases to not only clear them but also to make them part of the anti corruption war as in the case of Maina. Mr. Ibrahim Kuru who spoke from Kaduna noted that the reinstatement of Maina is a victory over corruption, saying that "it would be a victory for the corrupt people in the system if obvious cases of people who were framed up for doing the right thing were not looked into.
On his part, Comrade Okpokwu Ogenyi who spoke from Abuja hailed Maina's reinstatement, saying it is a plus for the anti corruption war of the President Buhari administration.
According to Dr. Mohammed Ardo, a retired civil servant civil servant , "any reasonable person would commend President Buhari for righting the wrongs of the past by reiterating Maina".Also, in his reaction, the Chairman Federal Concerned Pensioners, Mr David Audu  who spoke from Lagos said that President Buhari has rekindled the hope of Nigerians who suffered injustice, noting that unjust acts  of the past administration can be corrected by Maina's reinstatement.
He said, " a bunch of clueless people will sit at your homes and operate on hearsay, even when they do not have a copy of the civil service rules.
"You don't jump into conclusions and engage in a smear campaign on a man who has done nothing to offend you.
"People are not just sacked or dismissed if they are not political appointees.
"If you are a career civil servant, there are rules and processes to follow and it was obvious that the process that led to the sack of Maina was flawed and the President should be commended", Mr Audu  said.
Follow Us on Twitter!