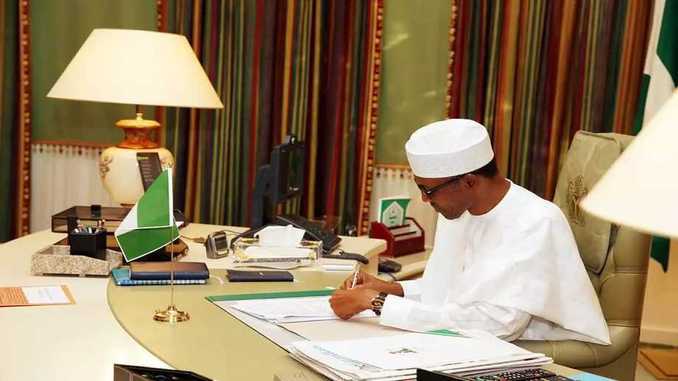 The recent focus on Agriculture in the empowerment phase of the Niger Delta Presidential Amnesty Programme is gradually paying off.
The above position was made known to journalists in Port Harcourt, Rivers State today by Mr. Wabiye Idoniboyeobu, Media Consultant to Rtd Brigadier General Paul Tarela Boroh
Mr. Wabiye recalled that the current Special Adviser to the President on Niger Delta and Coordinator of the Presidential Amnesty Programme, Brigadier General Paul Tarela Boroh on assumption of office in 2015 promised to key into the Green Vision of the Buhari led administration, adding that at every given opportunity General Boroh preached the importance of Agriculture in todays Nigeria, and as expected he tried as much as possible to imbibe that in his running of the Amnesty office.
WE understand that although the Amnesty Programme has various integration programmes which include Education, Vocational training, Professional Training in Aviation and Maritime, Automobile Engineering, Entrepreneurial Training and Tourism and Hospitality; General Boroh always insisted that the best way to integrate such a huge number of beneficiaries (30,000) quickly and sustainably and also improve the fortunes of the Niger Delta Region, is through Aquaculture and Agriculture. This was a master stroke many are yet to understand.
The statement reads: “However, the task of diverting the minds of Amnesty Beneficiaries and locals of the Niger Delta from Oil and Gas to Agriculture obviously took a lot of planning and painstaking implementation. The Amnesty office approached a number of agencies and foreign embassies. Partnerships with these agencies and bodies set the foundation for Boroh’s Agricultural revolution in the Niger Delta.
Some agencies the Amnesty Office partnered with include, The National Biotechnical Development Agency, The Niger Delta Basin Development Agency, The Rivers State Songhai Farm, The Akwa Ibom, Bayelsa and Cross Rivers State Governments, The Israeli Embassy; and many other professional bodies.
“In this light, the Presidential Amnesty Office has trained and began to empower Amnesty Beneficiaries in crop farming, fishery and poultry. As at date, about 1,000 Amnesty beneficiaries across the nine Oil-Producing States are being trained in agriculture and will be empowered to establish their own farms.

Over 300 have successfully graduated and more than half of them are already manning their own farms. The advantages of agriculture are numerous. Each empowered beneficiary will have the capacity to employ at least 4 others which will gradually reduce the unemployment rate. Produce gotten from these farms will easily be absorbed into the food market and gradually reduce food importation burden of the country.
“Some of the Agro based trainings carried out by the Amnesty office include; include 105 Beneficiaries undergoing training in Agro-Business with the Songhai Rivers Initiative at the Songhai Farms, Rivers State; 100 Beneficiaries training in fish farming at the Perecastle Fish Farm, Patani, Delta State.
Also, an average of 25 Beneficiaries each are being trained in fish farming in six centres including the Delta State University by Gedisco Energy solutions, Infinite Farms in Ozoro, Delta State and Orus Resources Farm, Aluu, Rivers State.
“At the Institute of Oceanography, University of Calabar, Cross Rivers State, 96 Beneficiaries are undergoing training in fish farming. The Ma-Atari Farms, Port Harcourt are training some Amnesty Beneficiaries in agriculture and poultry farming, the Ogbebor Leadership Institute, Ologbo, Edo State is training some in rubber processing, TSC Services is training 24 in General Agri-Business at the Edo State College of Education, Iguoriakhi, Edo State while 18 beneficiaries are being trained in Cassava, Corn and Oil Palm at the Federal University of Technology, Akure, Ondo State.
“Forty eight Amnesty beneficiaries are being trained in crop farming by the Faculty of Agriculture, Imo State University. The training in agriculture is designed as a full value chain; from farming, production, processing, packaging, marketing to Agri-Business Management.
“In a recent article General Boroh was proud to say that “so many of the beneficiaries have bought into the agriculture revolution. One of them is into large scale rice farming in Bayelsa State while another which has taken to plantain cultivation, is emerging as the biggest farmer in Bomadi, Delta State.
It is not only the consciousness of the Amnesty Beneficiaries that need to be transformed but also that of the Niger Delta and country as a whole; oil is a wasting asset, it may dry up in the foreseeable future. In contrast what the future foresee is that agriculture would enrich us all. So let us start with the basic policy of eating only what we grow, and growing what we eat. Change should begin with each of us.”
Follow Us on Twitter!