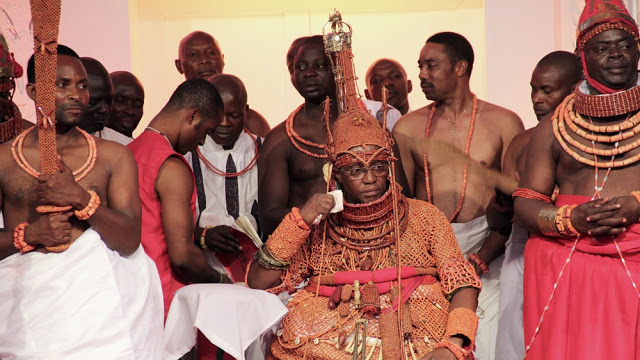 THE highly revered Benin Monarch, Oba Ewuare 11 has assured the North of greater relationship with the south-south geopolitical zone.
The Oba declared yesterday that he would build on the cordial relationship that existed between the Benin kingdom covering the above-named geopolitical zone and the North for the greatness and unity of Nigeria.
He made the declaration during a special Durban presentation organised by Sarki Nupe  to mark his one year anniversary as the Oba of Benin Kingdom.
The Royal father said he was so glad when Alhaji Idris Sani, the Sarkin Nupe of Benin said that the whole North was with him at all times adding that the Benin Kingdom will build on that relationships.

“We will build on this relationship to support the federal government in its policy to interact and relate with all other Africa countries in the continent”, he said.
Earlier, the Sarki Nupe, while delivering his speech, said that the Durban was to help unite the North with the South.
“This is to help elevate his majesty position to the eyes of the world and to ensure that there is unity in diversity especially when it comes to Nigeria as proposed by the federal government that there should be unity of purpose and that is why the significance of the Durban to the Oba is to help unite the North and the south and to tell the world that there is unity in Nigeria”, he said.