Over 100 IPOB Members On Trial, Inmates are Overstretching Facilities..-NPS 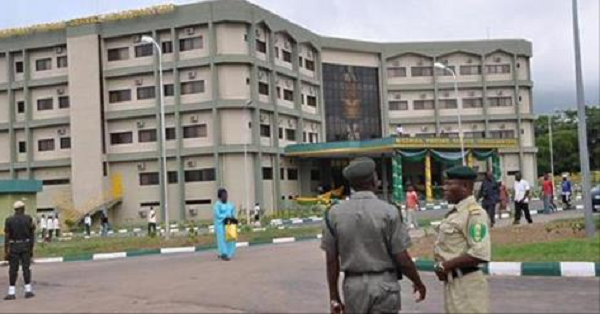 Authorities of Nigeria Prisons Services (NPS), have said the large number of the Indigenous People of Biafra, IPOB, members clamped in prisons in its Zone E area of operation has further stretched the already challenging logistics in the prisons.
Over 100 IPOB members are currently remanded in various prisons in the zone from where they go to court to face trial following the clash with soldiers who invaded the home of their leader, Nnamdi Kanu, last month.
According to Assistant Comptroller General in charge of Zone E, comprising of Abia, Akwa Ibom, Cross River, Bayelsa, Imo and Rivers, with headquarters in Owerri, Mr. Alloy Uchenwa, members of IPOB being remanded in the prisons have further stretched the inadequate facilities in the prisons.

Uchenwa, who spoke to journalists, yesterday, in Umuahia, after meeting with the officers of the Abia State Command, said: “It was a miracle yesterday how we were able to convey 100 IPOB members to court.
Uchenwa, who explained that he was in Abia State as part of his routine inspection of facilities in commands under his zone, identified inadequate logistics as one of the major challenges of the prisons and appealed to individuals, organisations and governments to come to the assistance of the zone.

The Assistant Comptroller-General also identified prison congestion as another challenge confronting the service, saying a situation where “more than 90 per cent of inmates are awaiting trial was worrisome.”
He called for the building of more prison yards to ease the challenge of overcrowding, adding that a situation where cells for 500 are being occupied by 1,000 inmates was not conducive.
Uchenwa said he had raised the issue of prison congestion with Abia State Attorney-General and Commissioner for Justice, Chief Umeh Kalu (SAN), who he said promised to do something.
He commended the leadership of Abia prison command for the reforms being carried out, especially effort to enroll inmates in classes, which will enable them to write West African School Certificate Examinations, WASCE, while some are taking courses in National Open University of Nigeria, NOUN.