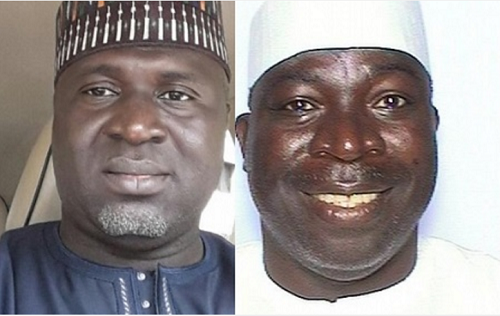 20 minutes pandemonium broke out on Wednesday on the floor of the House of the Representatives as two members defected to the ruling All Progressives Congress, APC.
The 2 lawmakers cross-carpeted from the Peoples Democratic Party, PDP.
The lawmakers are Zaphaniah Gisalo representing Abuja Municipal Area Council/Buari and another member, Mr. Yusuf Tijani from Okene/Ogori-Magogo federal constituency of Kogi State.
Both lawmakers cross carpeted on the floor of the House amid wide protest from PDP lawmakers.

Both lawmakers, in their letter to the House attributed their defection to division in the various state chapters of their party.

Reacting to the defection, the Minority Whip of the House, Umar Barde, cited Section 68 of Nigerian constitution which states that a legislator will automatically vacate his seat if he/she leaves his political party without division.
However, the Speaker, Yakubu Dogara ruled that only the court could decide the fate of both lawmakers.
Follow Us on Twitter!