Photos: When Kachikwu Met Feuding NNPC GMD, Baru At A Public Function ...Then, This Happened 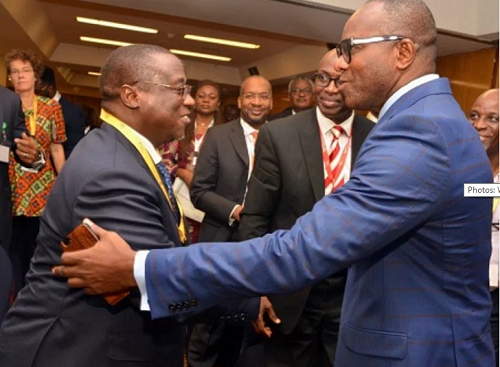 For a moment on Tuesday, the Minister of State for Petroleum Resources, Ibe Kachikwu, and the Group Managing Director, of the Nigerian National petroleum Corporation, NNPC, Maikanti Baru, appeared to set aside their differences to speak about ways to building a stronger and more efficient petroleum industry.
The two top officials have not had the best of relations since last week Tuesday when a letter Mr. Kachikwu wrote to President Muhammadu Buhari accusing Mr. Baru of insubordination and corruption surfaced online.

With Mr. Baru’s reply still generating ripples in the media, it seemed unlikely both officials would come together soon.
But, during the third planery session of the Nigerian Economic Summit, NES 23 in Abuja on Tuesday, both spoke of a stronger, more encompassing regulatory authority that would soon emerge in petroleum industry after the passage of the Petroleum Industry Bill, PIB.
Mr. Kachikwu said the government was still working to make the regulatory environment in the industry better, pointing out that by the time the National Assembly completes its work on the PIB, “a much stronger, a much larger independent regulator would emerge.”
“Whatever model of PIB that we are pushing, the point that Dr. Baru made is very, very key,” he said referring to the NNPC boss. “To see an independent regulator with very enormous powers, with less of political interference so that individuals could do their work and also whittle down the powers of the minister, so that these institutions could work and work well.”
He added: “The reality is that no one will work as a minister forever. You are going to hand over that portfolio. We should be looking for the system surviving and able to work well. So, it’s something that we are working with the National Assembly very hard on and I think if you look at the issues that come up, there are a lot of emphasis on that independence.
He said government would develop policies that would ensure the global decline in fossil energy does not take Nigeria unawares any more, adding that government was already thinking in that direction.
‎The minister, who was the moderator in the panel on energy, said the government was currently dealing with the fundamentals‎ of ensuring the refineries worked, while ensuring the availability of energy sources to meet the country’s day to day needs.‎ ‎
On the forthcoming marginal fields bidding round, Mr. Kachikwu said government was determined to ensure transparency in the process, to give the public all that they need to know about who gets what and able to monitor the progress.

‎‎He said these were some of the issues the Niger Delta communities, and indeed all Nigerians, were always inquiring about.
“The more transparent it is, the better for us. We are developing models to ensure better regulations geared towards transparency in the bidding process, and we would alert Mr. President as soon as we are done,” Mr. Kachikwu said.
‎Earlier, Mr. Baru, lamented that previous marginal field bidding rounds has not achieved the objectives the government set out to achieve, saying only nine out 14 of those who won the licenses were operational.
Describing this as “not good enough”, Mr. Baru said he was committed to work closely with the minister to address the concerns and constraints that hindered the remaining five companies from appropriately operating the marginal oil fields.”
More Photos: 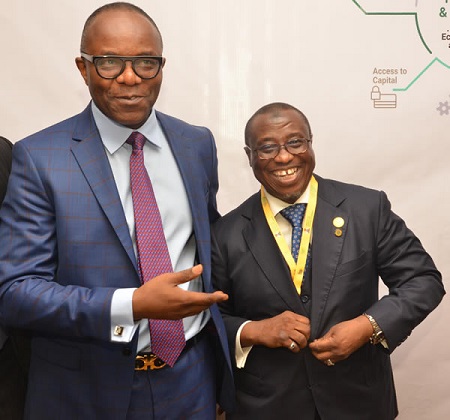 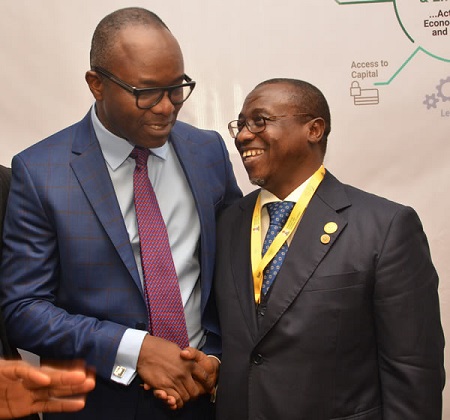