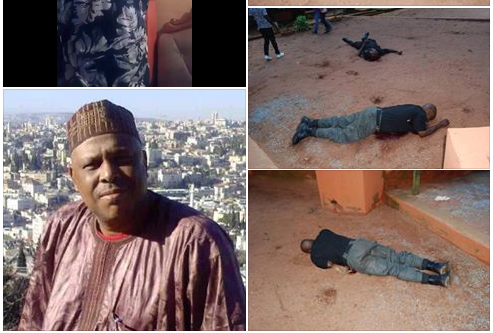 Three suspects who allegedly kidnapped the Managing Director of Ogba Zoological garden, Mr. Andy Ehanire., have been arrested. Mr Ehanire, was kidnapped by the hoodlums on Sunday 24th of September 2017. In the process of his kidnap, three police officers who were stationed at the Zoo and Nature Park were shot dead.
The suspects were tracked down and arrested yesterday evening following a massive hunt for them. According to reports, they collected over 25 million Naira and $100,000 from the Ehanire family.
Watch the video below to hear their confessions.