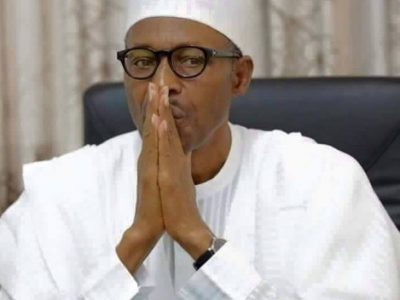 You do not know the challenges I face being the President of Nigeria since I took over from my predecessor, Goodluck Jonathan, President Buhari has said.
He said this on Friday at the Presidential Villa in Abuja adding that he hopes that God gives Nigerians patience to tolerate his government.
President Buhari while speaking said he a lot of challenges from his predecessor that he almost wanted to resign soon after he was sworn in on May 29, 2015. He said he changed his mind to continue on a second though so as not to disappoint those who voted him to power.

Buhari said, “I have said it so many times, I don’t mind saying it now to you because some of you may not have even the time to listen to the radio or watch television as regularly as other people do.

“From 1999 to 2014, Nigeria has never realised so much resources since our independence, never, because the average production – go to any renowned financial or economic institution in the world; they know Nigeria produced an average of – (was) 2.1 million barrel per day at an average cost of 100 dollars per barrel.
“But when we came in it crashed to 37 dollars per barrel, and we overlooked saving and there was no saving.
“So really, we have just started working and we hope God in his infinite mercy would give Nigerians the patience to tolerate us.”
Follow Us on Twitter!