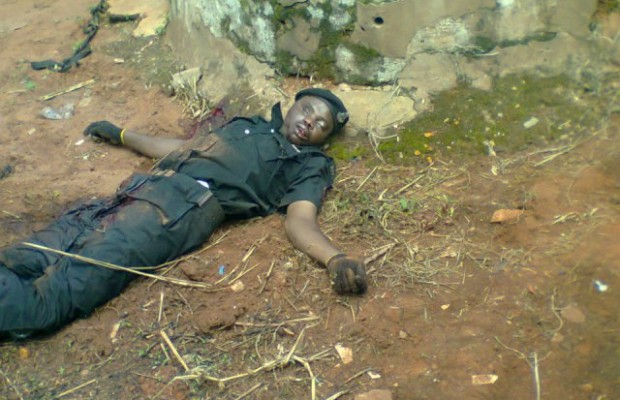 The Adamawa state police command has confirmed the death of a patrol policeman along the Wuro-Dole-Pariya Road in Girei Local Government area of the state on Thursday.
According to the state’s police spokesman, SP Othman Abubakar, the policeman shot a passenger when a misunderstanding arose between a patrol team and some passengers. This enraged a mob who mobbed the inspector to death.
His remains along with eight rounds of live ammunition have been recovered, he said, leaving out the reason he was mobbed.

An eyewitness, who simply identified himself as Sadiq, said that the incident followed a disagreement over a N50 bribe. The driver of the bus offered N50 but the policeman wanted N100.
A passenger challenged them and that led to a hot argument and the shooting of the passenger and injuring of another by the inspector.
“Angry about what happened, a mob attacked the inspector who was trying to escape and lynched him,” Sadiq said.
Follow Us on Twitter!