Home » news » Saraki And The Gentiles: Launching Missiles From The Canoe

Saraki And The Gentiles: Launching Missiles From The Canoe 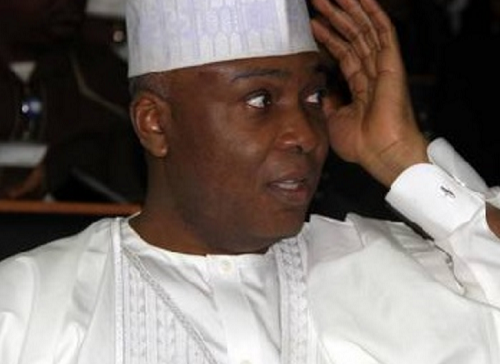 By Terfa Naswem
The Senate President, Dr. Abubakar Bukola Saraki has devoted himself
to serving Nigerians and ensure that the desired impact is made. Since he became the Senate President, he has been working relentlessly not just to make the 8th Senate more impactful but to also bring
significant positive changes in the lives of Nigerians.
Saraki facilitated the review of the 1999 constitution with the aim of
making potent impact on the lives of Nigerians. He has supported many
bills, reforms and policies that are citizen-driven among a host of
many other good things he has done.
He says unity is our strength, the only way to raise our developmental
trend. True unity neglects difference in colour, belief, religion,
opinion, tribe, ethnicity, but embraces and welcomes diversity. A
"Unified" diversified people is beautiful. Imagine how the rainbow
would have been if it were of a colour! So ugly, terrible and
uninteresting. But take a look at the rainbow with its beautiful
combination of seven awesome colours. It's of wonder, marvel and
glory! Saraki notes that nature has shown to us crystal clear that
there is beauty in unity and diversity. He urges Nigerians to be
united in diversity!

In spite of all the wonderful and citizen-driven things Saraki has
done at the Senate, some group of "Gentiles" are busy launching
missiles against him from the canoe while they fail to recognise their
position. Launching missiles from the "canoe" implies that the
"launcher" is also at risk of drowning if the "canoe" capsizes in the
process.
Those who have denigrated Saraki and portrayed themselves as
sanctimonious beings but in reality are "wolves in sheep clothing" are
the "Gentiles" who are launching missiles (unfair criticisms) against
Saraki from the "canoe" (faulty ground).
Those who are blindfolded by hatred, bias, and sentiment are also the
"Gentiles" who see nothing good in Saraki. He has refused to be
distracted and is still doing his best to ensure that Nigeria is
repositioned to a better position where we can all be proud of. Let us
continue to pray that God should give him the strength to do more. If
we wish him bad and he fails, it will affect us all.
Follow Us on Twitter!