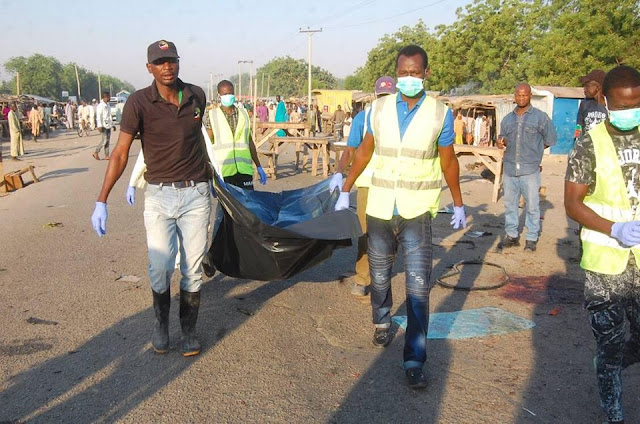 Many were killed following twin bomb blasts which occurred Sunday night in Maiduguri city, Borno state capital . According to police report, the three suicide bombers suspected to be Boko Haram terrorists  detonated IEDs (Improvised explosive devises) at different locations, killing themselves and other residents.
The first blast reportedly happened at a bus station, Muna Garage, at about 8:20 pm local time.
Two female bombers also reportedly blew up themselves at Muna Dalti, a few metres from the scene of the first explosion.
In both blasts, 18 people were said to have injured.