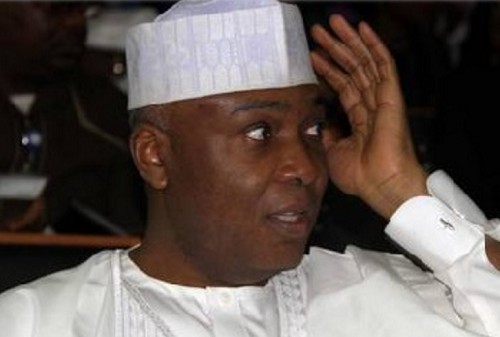 A legal practitioner, Ugochukwu Osuagwu Esq has called on the Senate to respect the doctrine of  separation of powers and not to  arbitrarily constitute itself into a court of law or usurpate  the powers of the judiciary as clearly stated in the constitution.
Barrister Osuagwu was apparently reacting to a recent summon by the Senate, mandating the Chief of Army Staff to appear before its ethics and privileges committee on a petition file by one Lt. Col Mohammed who was dismissed from the Nigerian Army for abusing his office and carrying out actions considered to be at variance with the code of conduct for members of the Armed Forces in Nigeria.
The legal luminary in his reaction while speaking to newsmen said there is every likelihood that the Senate is not aware of its standing rules which bare her from interfering in issues before the court or is out to carry out start another war with the judiciary in its desperate attempt to override other arms of government.

He therefore condemned the summon purportedly issued to the Chief of Army Staff, Lt. General Tukur Yusufu Buratai, ordering him to appear before its committee for the purpose of discussing or investigating an issue before the National Industrial Court in order to make a mockery of the court and what lawyers are expected to do before the temple of justice.
Osuagwu added that the Senate must not be allowed on this wild goose chase against its own rules as stated in STANDING Rules 2015, where it was unequivocally stated that matters in Court must not be discussed before the plenary.
" We must do well to save this hallowed chamber from self destruction to quickly remind them that by the  provisions of the STANDING RULES 2015 of the Senate, matters in court
are not allowed to be entertained by the SENATE. Yet the
Senate went ahead, usurping the powers of the Court and took
up a matter of Employee dismissal already before the
National Industrial Court."
"It is clear that the Senate on this ground does not have the
jurisdiction to hear the petition or even summon the Chief of Army Staff."
For the records LT.COL Mohammed had on August 12, 2016 filed
a suit in the National Industrial Court against the Chief of
Army Staff and the Nigerian Army seeking reinstatement. This
means the matter which the dismissed  officer took to the Senate is
already in Court and sub judice. If the senate had done due
diligence it would have realized  this long ago, " he added.
Osuagwu therefore charged the Senate to respect its boundary and allow the Court to do justice to the matter by expressly discharging itself of the powers to abdicate in this particular dispute.
Follow Us on Twitter!