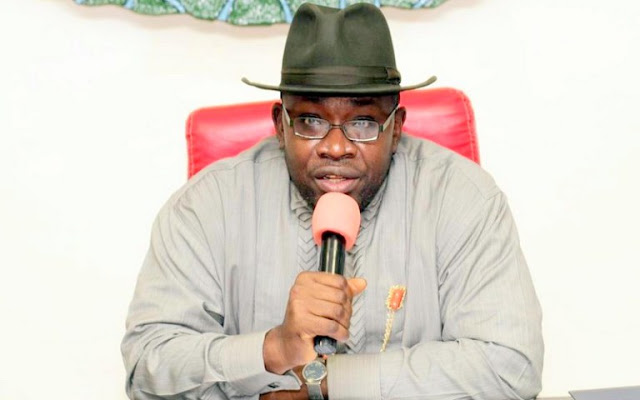 Buhari should stop saying Nigeria’s unity is not negotiable, says Bayelsa Governor Seriake Dickson
Dickson stated that he disagrees with the President Buhari’s stand on restructuring saying for a balanced, stable and united Nigeria, the structure needs a review.
The Bayelsa State Governor, Seriake Dickson has urged President Muhammadu Buhari to stop saying the unity of Nigeria is not negotiable.
In a report by ThisDay, the Chairman, South-south Governors’ Forum, said: “You have to create a platform for people to ventilate their feelings. I don’t believe that you will have a majority of people in any party of this country that will decide to break up the country. No! As I always say, Nigeria’s unity is desirable, but stop telling me it’s not negotiable.”

Continuing, Dickson said: “Until now, our own colonial masters, UK, is still dealing with its own issues of restructuring and devolution of powers to Scotland, Wales and Northern Island. Last year, the Scots had a referendum on whether they should be an independent nation or not, heavens did not fall.”
The governor also stated that he disagrees with the President’s stand on restructuring saying for a balanced, stable and united Nigeria, we need to review the structure of the country.
“The present attitude of the federal government and the president to the issue of restructuring is something I disagree with. I am not like other politicians. I stand with my people. As an Ijaw man, a Niger Delta man and a Nigerian progressive, I believe that this country has to have a meeting and discuss how we can make Nigeria more stable, prosperous and therefore a Nigeria that can last,” he said.
The governor also said agitations are normal as every country in the world is an artificial creation.
He said it is the duty and responsibility of leaders to rise to the occasion and address those fears even if they are imaginary or unreasonable, you explain and engage the people
Follow Us on Twitter!