Home » opinion » 'Those killing in the name of God will go to hell' - Sultan of Sokoto, Alhaji Mohammad Sa’ad Abubakar III reveals in Nsukka

'Those killing in the name of God will go to hell' - Sultan of Sokoto, Alhaji Mohammad Sa’ad Abubakar III reveals in Nsukka 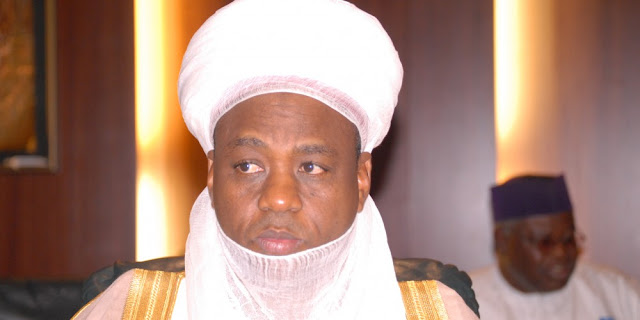 The Sultan of Sokoto, Alhaji Mohammad Sa’ad Abubakar III, has said that those killing in the name of God will go to hell.
Abubakar said this in Nsukka on Friday while delivering the University of Nigeria, Nsukka, 57th Founder’s Day Dignity Award Lecture entitled “Restoring the Dignity of Man”.
Commenting on religion, Abubakar said that anybody who killed in the name of Islam was not a true Muslim as the religion is against taking one’s life.
“We cannot restore the dignity of man by killing innocent people.

“The herdsmen killing people are criminals and not Fulani herdsmen.
“Anybody who kills people while shouting Allah, is a terrorist and not a true Muslim and will go to hell.
“Allah hates people who kill and says they will go to hell,” the Sultan said.
According to the sultan,  education remains a veritable tool for human development as it promotes unity, peace and economy.
He said that knowledge and skills were acquired for the development of any country, adding that without them no human development could happen.
“A country that takes education serious tends to develop healthier and happier.

Also speaking, Gov. Ifeanyi Ugwuanyi applauded UNN for its numerous contributions to national development as well as in restoring the dignity of man.
Ugwuanyi said that UNN made an excellent choice in selecting the Sultan to deliver the 57th lecture.
“We appreciate the Sultan for coming to deliver this important lecture; that shows the volume of love he has for UNN as well as Enugu State.
“All hands must be on deck in sustaining the founding fathers’ dreams in restoring the dignity of man,” he said.
In a remark, Gov. Ifeanyi Okowa of Delta, who as conferred with Dignity of Man Award, said he was humbled that the university found him worthy of the award.
Okowa said he would return to put up a physical structure in the university in appreciation of the honour.
“I am humbled by this award and will come back to put a physical structure in appreciation of this honour the university has done me. ”
Earlier, the Vice-Chancellor of university, Prof. Benjamin Ozumba, noted that the lecture provided a platform for distinguished personalities in the country to address issues of great importance to the development of the society.
Follow Us on Twitter!