We Are Using Recovered Loots To Fund 2017 Budget – Buhari 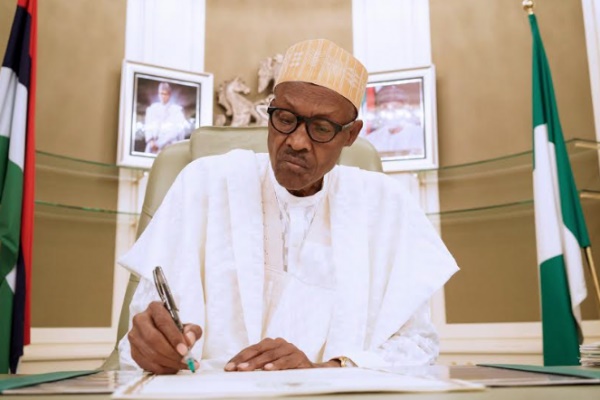 Nigeria’s president, Muhammadu Buhari says on Tuesday that his administration is using part of the stolen funds recovered from Nigerians who looted the economy to fund the 2017 budget.
Buhari spoke at the 22nd Annual Conference of the Association of National Accountants of Nigeria in Abuja.
Represented by the Accountant General of the Federation, Alhaji Idris Ahmed, the president said the government had resolved to use some of the recovered stolen funds to finance the 2017 budget.
He said his administration had practically done much in delivering on its core focus of diversifying the economy.

In his words: “Part of the stolen funds recovered is being used by government to finance the 2017 budget. Power generation has peaked at an all-time high of 7,001 Megawatts in the third quarter of 2017.”
Buhari added that his government was aiming at the production of 10,000 Megawatts of electricity by the year 2020.

He said the firm implementation of the Treasury Single Account since September 2015 had significantly enhanced transparency in the Federal Government’s Public Financial Management System.
ANAN Chairman of Council, Alhaji Shehu Ladan, pledged the support of the association to the government’s economic agenda.
Ladan said, “The accountant is key. We are calling on our members to increase their integrity quotient. As an association, we are strengthening our discipline mechanism to ensure that members found wanting do not go unpunished.”
He said it was important for the government to ensure the reinvestment of the recovered stolen funds to make for quicker recovery of the economy, PUNCH reports.