Home » opinion » “We Had Everything Under Control Until ….” — Okonjo-Iweala Opens Up At last on The Economy !

“We Had Everything Under Control Until ….” — Okonjo-Iweala Opens Up At last on The Economy ! 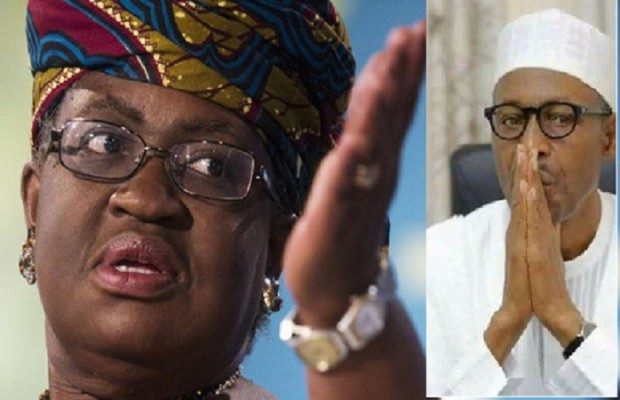 Former Coordinating Minister for the Economy and Minister of Finance, Dr. Ngozi Okonjo-Iweala, has said that despite the economic challenges the country faced during the last administration, they left some solid economic legacies for the Buhari led administration.
Debunking claims that the economy was in shambles before the new administration took off, she said, “such claims are untrue” and that the “current economic crisis rocking the country could partly be attributed to the unguarded utterances and unfounded allegations against the last administration by certain individuals whom for the sake of political gains, painted the economy black and by so doing, sent a negative message to the international community and investors” as she once warned.
She added that despite the challenges they faced in the last administration, they did their best and had everything under control. But that the Buhari administration is now in charge and responsible for the direction of the economy.
It could be recalled that the ex-Finance minister once warned that the unfounded allegations on the economy against the Jonathan administration, could result to unintended consequences.
She said, “The allegations that the economy was in ruins are absolutely false,”
“we cannot take away the fact that the Jonathan administration, in spite of the challenges caused by 50 per cent decline in the price of oil, has made a clear and measurable difference in many important areas and anyone who says nothing has been done and nothing is being left behind is being very unfair to facts and to history.

“Attempts to rewrite history will not stand. You cannot just wipe the slate clean for political reasons. We are not perfect but no one can take away the fact that we left some good legacies behind.”
Speaking further she said, “These negative and unsubstantiated comments are not wise because they can lead to what we do not want for the economy.
“There is nothing wrong with factual assessments of the economy. I have always told Nigerians the truth about the economy. But sweeping and negative statements are not in the interest of the country. The statements being made by some personalities about the economy collapsing are not only incorrect they are also potentially dangerous” she said.
Its been over a year since the termination of Jonathan’s administration at the polls, and those who according to Ngozi, alleged that the economy was in ruin under Jonathan, are now the ones in charge and saddled with the responsibility of fixing what they once claimed was battered.
Follow Us on Twitter!