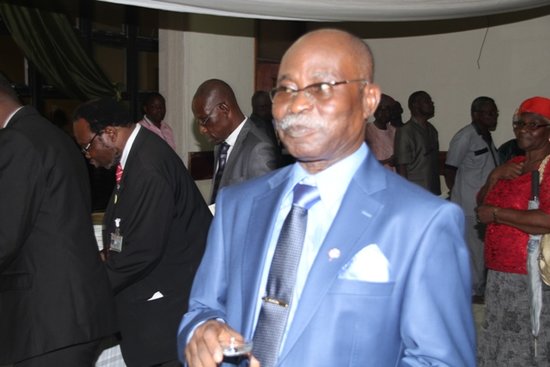 A veteran journalist and professor of journalism, Idowu Sobowale, has narrated how Brigadier Benjamin Adekunle nearly turned them to human flesh eaters during the Nigerian-Biafran civil war.
He disclosed this in an interview while fielding questions in an interview with The Punch.
As a war correspondent during the war, he said it was indeed a very terrible experience as no fewer than four of his colleagues were killed.
He also told The Punch how human lives were wasted in rapid succession in between meals.

He said: ''It was terrible and it was so risky. Four of my colleagues were killed in the war. One from Morning Post, one from New Nigeria and two others. There was a day when we got to the third marine command and the commander, Benjamin Adekunle, asked if we (journalists) liked Suya, he said we should get into the vehicle and he took us to where Biafra armoured cars had been disabled, with soldiers killed inside them. The place was terribly stinking.
''He said that was the Suya, we should eat. There was also a day we were taken to a small stream that separated the federal troops from the Biafra troops and those people had sharpshooters. The war was so fierce that when we were about to leave, out of the battalion that went, fewer than 20 people came back alive. Many had died, many had been so terribly wounded and they were just packed in lorries that brought them to Calabar for treatment.
''On many occasions, we would be eating and we would just hear gunshot and the soldier or someone else beside you would have been killed. That happened several times when we were eating. I had several instances of close shave with death. Let me not say more than that.''
Follow Us on Twitter!