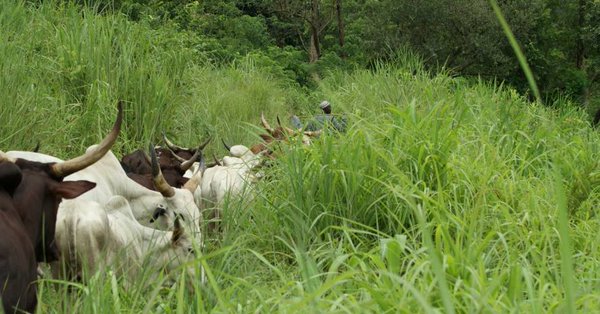 Cross River State Governor, Ben Ayade has stated that the enforcement of the open-grazing law in neighbouring Benue State is causing havoc in his state.
Ayade made the claims on Monday in Calabar, the state capital after suspected herdsmen from Benue invaded a community in Cross River, killing one and injuring others.
Addressing a press conference after a closed-door meeting with heads of security agencies in the state, Ayade condemned the invasion and called on the Federal Government to intervene in the matter to prevent reprisals.
“Currently, the situation is where farmers feel a deep sense of loss with the continuous grazing on their economic crops while the herdsmen are also desperately looking for pasture to sustain their cattle, it’s a complex situation,” he said.

“But obviously, this passage of the Anti-Open Grazing Law fully in Benue State and its implementation is taking a havoc effect on Cross River State.
“Today, as I speak, Cross River State government is under very intense pressure from her citizens to also do same by passing the same law.
“The Federal Government must have the moral courage to address this issue because if we pass a stiff law against open grazing, and another state does, and another state does, then we are wiping out that trade and we are wiping out the means of livelihood of a people.
“But if on the other hand we also do nothing, and they continue to wipe out the crops of people, then they will wipe out the crops of a people and a people; this is not what the Federal Government should leave in the hands of a people,” he added.
Follow Us on Twitter!