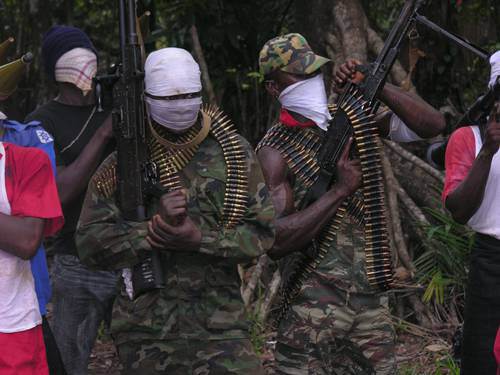 The British High Commission in Nigeria has confirmed that one of the four missionaries kidnapped in Delta State in October, by suspected militants, has been killed.
BBC reports that Ian Squire was an optician who, before his abduction and subsequent murder, was participating in a charity programme where the local residents were being administered free medical.
The charity – New Foundations – is run by David and Shirley Donovan, husband and wife who have spent 14 years in Nigeria.
Both David and Shirley have been freed, alongside the other captive, Alanna Carson. They have since returned to the UK.
It was not clear whether any ransom was paid to secure their release.

“The British High Commission and Nigerian authorities negotiated the release of Alanna Carson, David Donovan and Shirley Donovan,” the report said, adding that it had been a “traumatic time” for the people involved.
Relatives of the four said they were “delighted and relieved” that Ms Carson and Dr and Mrs Donovan had returned safely.
“Our thoughts are now with the family and friends of Ian as we come to terms with his sad death,” they said in a statement issued on their behalf.
The UK Foreign Office advises against all but essential travel to much of Delta state, saying there is a “high threat of criminal kidnap”.
On October 19, six days after the missionaries were kidnapped, the Delta State Police Command told newsmen that four people had been arrested in connection to the crime.
“We are following up on a lead with the arrest of four persons in connection with the incident,” said Andrew Animaka, spokesman of the Police in the State.
Follow Us on Twitter!