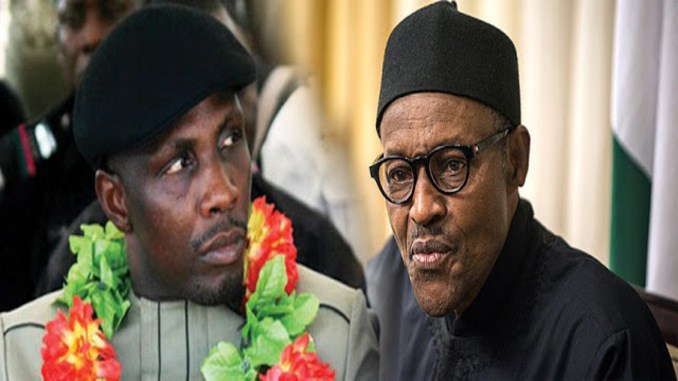 A militant group, Reformed Niger Delta Avengers (RNDA) says it is ready to do a huge favour to the federal government
The group says it knows the whereabouts of fugitive ex-militant leader, Government Ekpemupolo, alias Tompolo
They also expressed their readiness to take security agents to the ex-militants hideout A militant group, Reformed Niger Delta Avengers (RNDA) has indicated its willingness to reveal the whereabouts of Tompolo to federal authorities.
Leader of the group and coalition of nine other militant groups, Johnmark Ezonebi revealed its plans to Vanguard. Ezonebi expressed the group’s readiness to guide security agents to Tompolo’s hideout in the creeks of Niger Delta.
According to him, some top officials of the federal and Delta state government were familiar with the hideout, but declined to disclose it to the authorities for necessary action. “We know exactly where he (Tompolo) is, even some top federal government officials and the government of Delta state know his whereabouts with top security agents.”

“In a short while we shall give the names of all those influential supporters to Tompolo and his Niger Delta Avengers with some government officials from the presidency still getting in touch with a man that is under government wanted list,” Ezonebi said. Meanwhile, Tompolo has vowed that soldiers under the Joint Task Force in the Niger Delta region will pay for the death of his father Thomas Ekpemupolo.
Speaking from his hiding during the one year anniversary of his late father, the ex-militant said the descendants of Thomas will not rest until the masterminds of his death are held accountable, stressing that his father’s soul will find peace if the soldiers are brought to book.
Follow Us on Twitter!