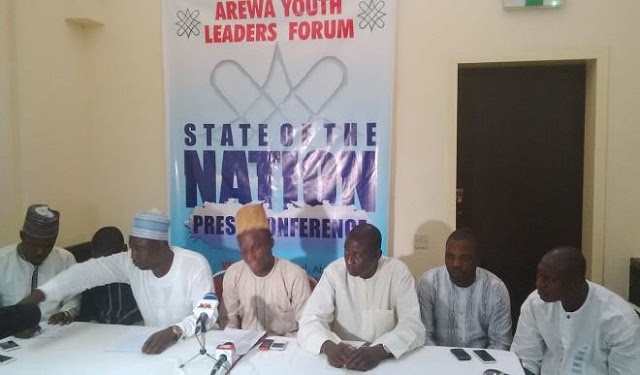 President Buhari has sounded the death knee to his government by heinous lies and falsehood, the reason why he should not think of being re-elected in 2019, the President of Arewa Youths, Yerima Shettima has said.
He made this known while speaking The Sun in an interview on Buhari's bid to stand for 2019 presidential election.
He said Buhari has not done anything to deserve a second term seeing that all election promises have not been fulfilled ranging from insecurity, power and the economy as suffering and hardship being borne by Nigerians are on the ascending order of magnitude.

He said. ''Everything they promised during the campaign and in their manifesto. The reason why everybody sought for change was that we thought this government will fight corruption tooth and nail without considering whosoever is involved.  But we have now realized that the fight against corruption has become selective. Then two, the issue of insurgency, leave it or take it, to us, as laymen this battle is not over. We cannot or the government cannot justify the fact that we told Nigerians that the fight against insurgency is over.''

Almost every day we have had casualties. These are the two core issues. The third one on the campaign was the issue of power.  This is nothing to write home about even though the Minister of Power told us that a responsible government should be able to fix power within six months. That has not been achieved more than two and a half years after.  Now it is nothing to write home about; the same thing with roads. Even the issue of petrol pump price is another one. We were told during the campaign that immediately they resume office, fuel price would go down to N40 per liter from N97 per litre.
''Now, a government that promised this rather than keep to their promise raised the price astronomically. Now, it is between 70 and 80 percent increase.  That is giving us a lot of concern. Certainly, whether you like it or not the government must take responsibility and I have no doubt in my mind that between them and God who created them they know they have failed Nigerians. And when people take responsibility, then we will begin to forgive ourselves. If they beg for forgiveness we can decide to overlook it and also forge ahead. But certainly, never again will anybody make this mistake. Never.''
Follow Us on Twitter!