Home » opinion » Ezekwesili identifies, reveals the cause of Nigeria's problems

Ezekwesili identifies, reveals the cause of Nigeria's problems 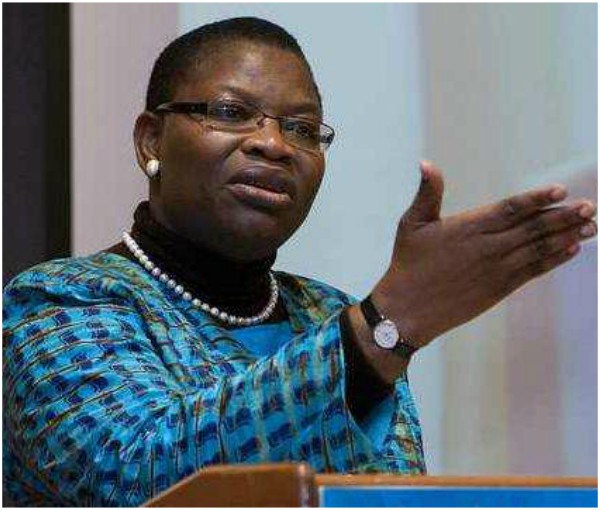 A former Vice-President of the World Bank and former Minister of Education, Mrs. Oby Ezekwesili, has said that male political leaders are to blame for the poor state of affairs in Nigeria and Africa.
She noted that women have had only a “marginal role to play in the poor governance that has bedevilled the continent.”
She therefore stressed that there was the need to have more women at all levels of government and good representation at all arms of government; executive, legislature and judiciary.
Ezekwesili, who was the keynote speaker at the maiden edition of the HID Awolowo Foundation annual lecture in Lagos on Tuesday, said research had shown that in Africa, only five per cent of women were chief executive officers, 22 per cent of women were cabinet members, 25 per cent were parliamentarians while 29 per cent were managers.

In the lecture, themed ‘Ethical, politics, peace, development and security in Nigeria: The critical importance of women’s leadership,’ she said, “For as long as the women are held down, the trend analysis does not show any reversal of outcome. Nobody does any favour to Nigerian women by involving them in governance. Women are incredible human resource that we must put to use, and what this says to us is that we need to be more intentional and deliberate.

“Research shows that when many more women are at decision-making level, there is less corruption and a wise society would know that empowering its women is smart economics. The only way to honour the memory of Yeye Oodua is to take it to that next level; disrupt this model, which is no longer sustainable.”
Earlier, the convener, Dr. Tokunbo Awolowo-Dosumu, said the motive behind the setting up of the foundation and the annual lecture was, among other things, to set a standard of excellence which “Yeye Oodua” was known for and ensure her outstanding qualities continue to inform the national architecture of values and character building.
The chairman of the occasion, Senator Daisy Danjuma, who also eulogised the late Mrs. HID Awolowo, said younger women had a lot to learn from her virtues and passion for excellence.
At the event were Chief Awolowo’s eldest daughter, Revd. Tola Oyediran, a former governor of Ondo State, Dr. Olusegun Mimiko; a former Minister of Information, Mr. Labaran Maku; Pastor Tunde Bakare; his wife, Olayide; and  the wife of the Minister of Solid Minerals Development, Mrs. Bisi Fayemi.
Follow Us on Twitter!