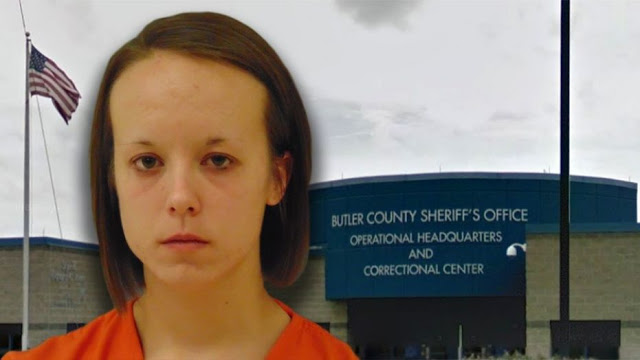 Nakisha Newell, a female corrections officer in Ohio, U.S., will face criminal charges for allegedly having sex with a male inmate as well as bringing illegal imports into the county jail, authorities said.
Newell who had been on the job just 18 months has been charged with two counts of felony sexual battery and two counts of conveyance, a misdemeanour.
More charges are likely, Butler County Sheriff Richard Jones told the Dayton Daily News.
Newell, 28, was fired immediately after officials got a tip she brought in a cellphone and electronic cigarettes into the jail, according to the New York Post.

Maj. Mike Craft of the Butler County Sheriff’s Office told the Dayton Daily News that a sharp-eyed corrections sergeant had “educated hunch” about Newell’s activities, and an investigation into possible criminal activity began.
“He had seen some things that he didn’t think were right. He did a great job bring the information to us,” Craft said.
During questioning about the contraband, Newell confessed to having sex with a male inmate, Craft said.

Craft said Newell will not be housed through the Butler County Jail, but was taken to another county.
Officials said the investigation is ongoing, and it is uncertain if the inmate will be charged.
“Being a corrections officer is a noble but tough job,” Jones said in the prepared statement. “These men and women work hard and always have to be on their guard.
“My employees take pride in their work and strive to ensure this facility maintains a great reputation. She has tarnished that and I do not want people like that working for me.”
Follow Us on Twitter!