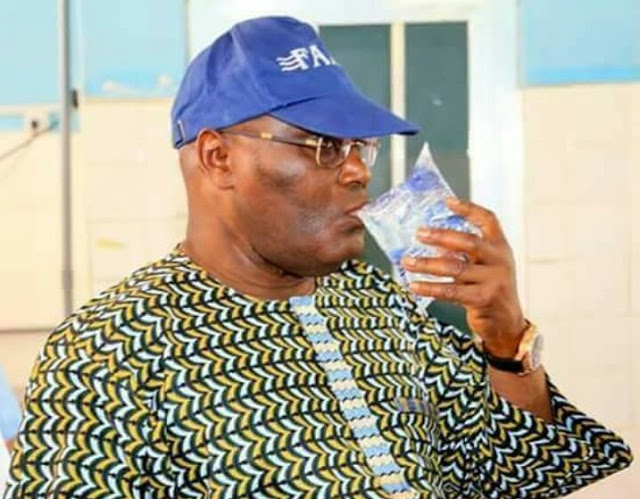 Former Vice President Atiku Abubakar would do a single term of four years if elected president of Nigeria on the platform of the Peoples Democratic Party, PDP, in 2019 and support a successor from the South East in 2023, sources close to him has told pointblanknews.com.
Although Atiku officially neither has declared for the PDP nor for the Presidency, it is believed that the plan for a single tenure is part of his game plan to woe the South East of Nigeria.
The source who would not want to be named since he is not authorized to speak on the political strategies of the former Vice President told Pointblanknews.com that the decision by the Turaki Adamawa to seek just one term is hinged on his desire for equity, fairness and justice.
According to the source, the former Vice president is “pro Igbo presidency and would do all it takes to make that happen in 2023. He is not power hungry as some may want to believe.”

“Atiku believes in fairness, equity and justice. It would be amounting to injustice to other region that has not produced the Presidency if he seeks to do eight years. The South East is yet to produce the presidency since the return of democracy in 1999 so it is only natural to give the South East the chance.
According to the source, Atiku is planning reaching out to South Eastern leaders with the view to assuring them of his desire to do a single term and douse any doubts that may arise.
By 2023, Atiku who recently dumped the All Progressive Congress, APC, would be 76 and the source insist the former Vice President would rather go into retirement.
The APC, is also planning ahead of 2023. The Party, according to a source would back Buhari for a second term and then in 2023, support the South East to produce the presidency. Already former Governor of Abia State, Orji Uzor Kalu has indicated interest to run for the presidency in 2023 on the platform of the APC.
Follow Us on Twitter!