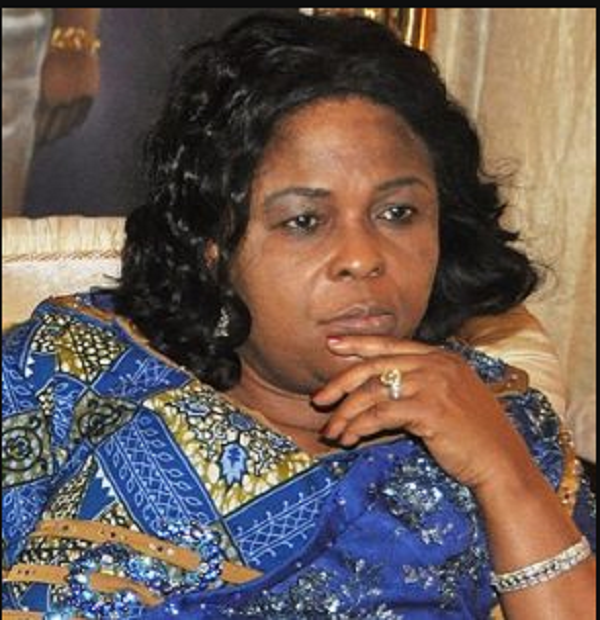 A Federal High Court in Lagos yesterday granted an order temporarily freezing N350 million allegedly traced to Patience Jonathan, wife of former President Goodluck Jonathan.
Justice Hadiza Rabiu-Shagari gave the order at the court’s sitting on Tuesday.
The Economic and Financial Crimes Commission (EFCC had claimed the said money was transferred to a company’s account while Mrs Jonathan was serving as a Permanent Secretary in Bayelsa State between 2012 and 2013.
The commission alleged that the former first lady “unlawfully enriched” herself with the money.
The court granted EFCC’s ex-parte application filed by its lawyer, Mr Rotimi Oyedepo.

In a supporting affidavit to the application, an investigating officer at EFCC, Musbahu Yahaya, said the commission received “a cogent, direct and positive intelligence report” that a company, AM-PM Global Network Limited, was in possession of proceeds of the unlawful act and retained it in an account.

He said between June 20, 2012 and November 15, 2013, the company fraudulently received N1,206,950,000 via its Diamond Bank account, and that the money was “proceeds of unlawful enrichment” derived by Mrs Dame Patience Jonathan.
“Out of the alleged proceed of unlawful enrichment of Mrs Dame Patience Jonathan, the respondent transferred the total sum of N350 million from its account in Diamond Bank to the account sought to be attached (Stanbic IBTC) in a desperate bid to dissipate the funds. We have traced the said N350 million to the respondent’s (AM-PM Global Network’s) account sought to be attached and the order of this court is needed to instruct the bank to attach the account to prevent the dissipation of the funds,” he said.
Justice Hadiza decided the application as prayed, and granted “an order directing Manager of the Stanbic IBTC Bank to in the interim freeze the account pending the determination of the investigation and possible prosecution of this case.”
Follow Us on Twitter!